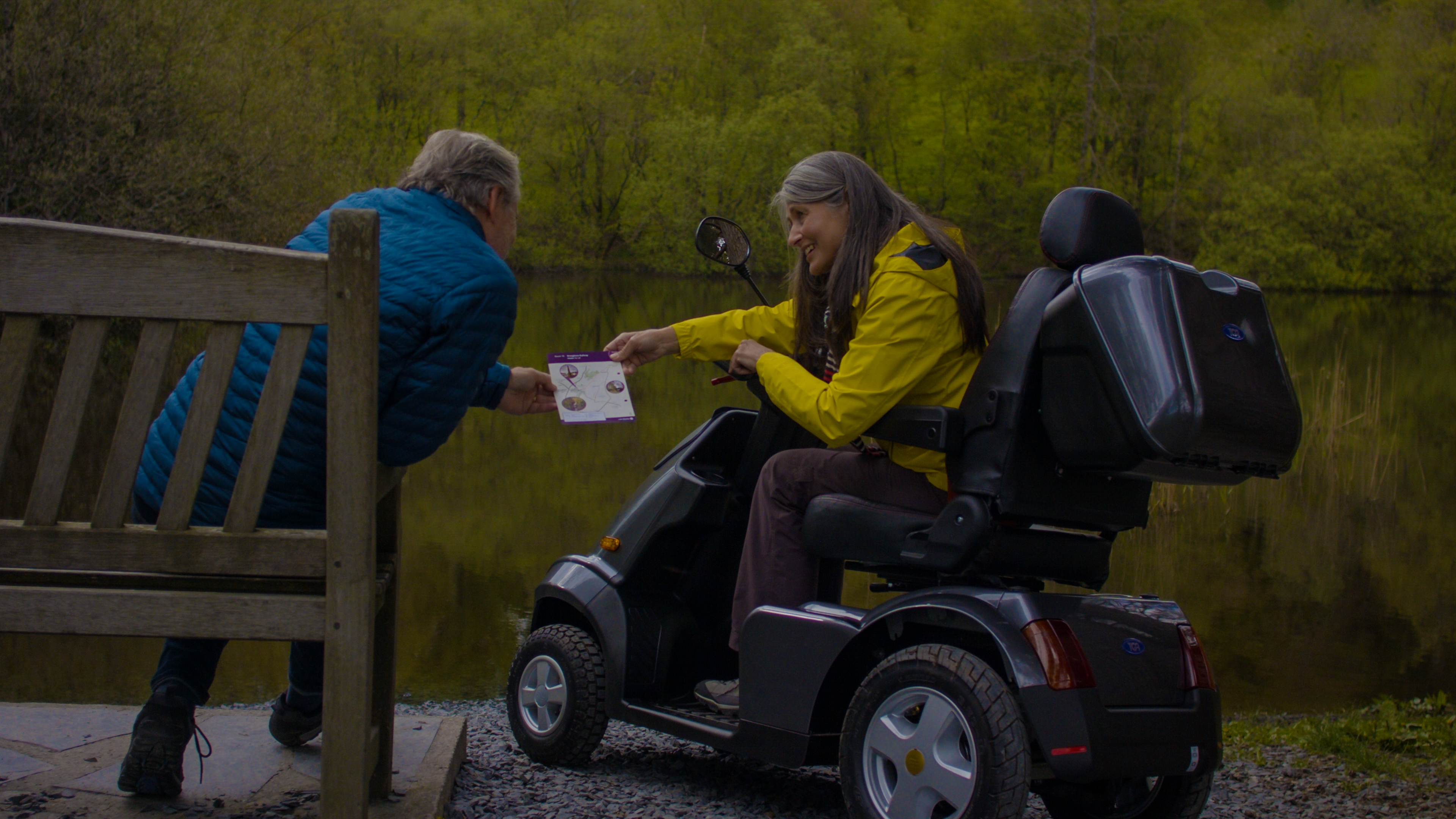 Route for all. 4.5km distance.

Broughton on Furness is an often forgotten part of the Lake District, bypassed on the way to the western fells or the Cumbrian coast. It is for that very reason why we feel it is perfect for our celebrations, after all there’s more to the Lake District than you see on the usual tourist trail. Starting in the picturesque town, this lesser visited area of the National Park is a hidden treasure. This route follows the old railway line which originally went to Coniston to support the mining industry.

Broughton in Furness dates back to the 11th century. The oldest building is thought to be St. Mary's Church, first built in Saxon times. A picturesque Georgian market square and its obelisk is the focus of the town.

The old railway originally went to Coniston, but closed in 1958. The first 2 km have been improved and the track has a compacted, stone surface. It ascends gradually from Broughton but the gradients are not steep.

Leave the north eastern corner of the market square, grid ref. SD 212876 and follow Knott Lane past the toilets. The footpath through Wilson Park is now wheelchair accessible. Continue through the woodland at the back of the park and alongside the Broughton Tower wall. There you will find a bench which gives pleasant views of the fields and trees, grid ref. SD 215879.

There are two starts to this Route, either start as for Wilson Park but turn right, downhill before entering the park and take the track down the old railway line or go to the very end of the railway line, where it leaves the main road by the library, grid ref. SD 213875. There are two benches after 1 km or 0.6 miles, overlooking two small tarns on the Broughton Tower estate. Continue past Mireside Farm, where the renovated section ends and you will need to turn around, grid ref. SD.22828 89012. 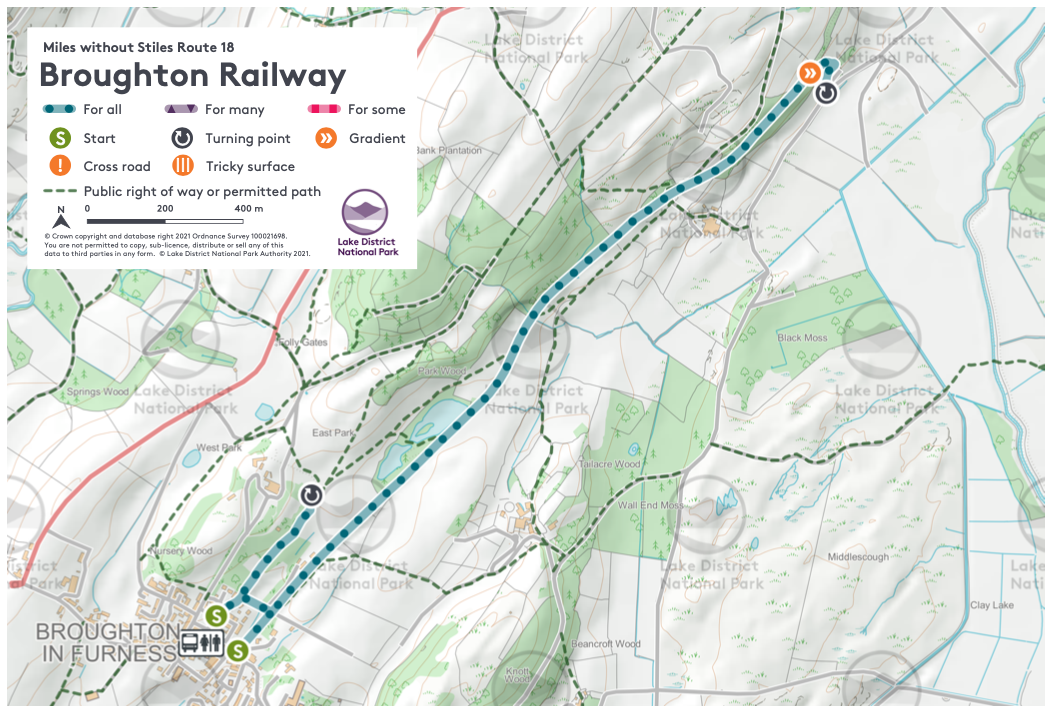 Market Square or at the railway start, Broughton in Furness

Car: A590 from Kendal towards Barrow, turn right on to the A5092 at Greenodd and carry on for 15 km to Broughton in Furness.