About the Central and South East Distinctive Area

The central and south east area is the most highly developed, populated and visited part of the National Park. It has a diverse landscape ranging from the Kent Estuary through well wooded lowlands to valleys, lakes and into the mountainous heart of the National Park, offering a variety of experiences. It contains the towns of Windermere, Bowness, Ambleside, Grasmere and Staveley and the villages of Elterwater / Chapel Stile, Troutbeck, Troutbeck Bridge, Crosthwaite, Witherslack and Lindale.

Windermere, lies at the heart of this area. There are hotels and attractions along the length of the lake, and the upland valleys house living communities and are popular, especially with outdoor enthusiasts. Langdale and Grasmere attract the majority of attention; Kentmere and Longsleddale are less developed and offer greater tranquillity. The lower lying, southern part of the area includes the villages of Crosthwaite, Witherslack and Lindale.

Take a look at what's going in and around the Central and South East Distinctive area.

The three young peregrine falcons born this year at Chapel Head, Witherslack are doing well. Read about the crag monitoring that we carried out with volunteers earlier this year:

We recently installed two new kissing gates onto access land at Helsington Barrows after an approach from Kendal Ramblers’ Association. The work was funded by the Sharpe Legacy, a fund for the provision of facilities for the maintenance of freedom for fell walkers on the Lake District Fells. The project was made possible after agreement from the landowner, Richard Bagot of Levens Hall Estate. 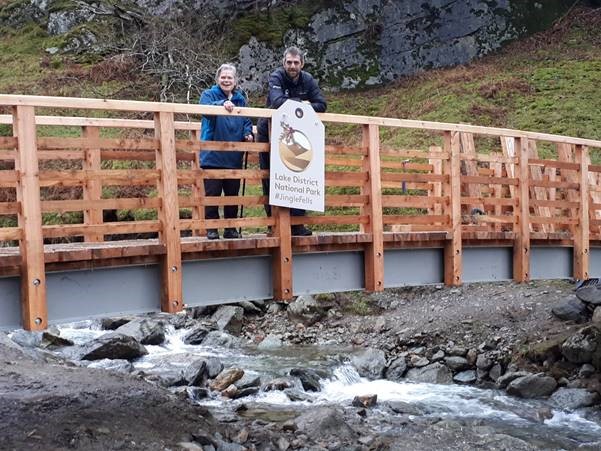 Locals and visitors to Grasmere will be able to walk the circular walk to Alcock Tarn from the village for the first time, without boulder-hopping across the Greenhead Gill since 2015.

The popular loop has been reconnected thanks to the rebuilding of Greenhead Gill Bridge, which was washed away during Storm Desmond in December 2015.

The damage caused by the storm meant it was impractical to rebuild in that location so the new bridge is located 90m from the original site.

The construction project was challenging due to its location and all building materials had to be helicoptered in, including the 14m steel bridge beams. 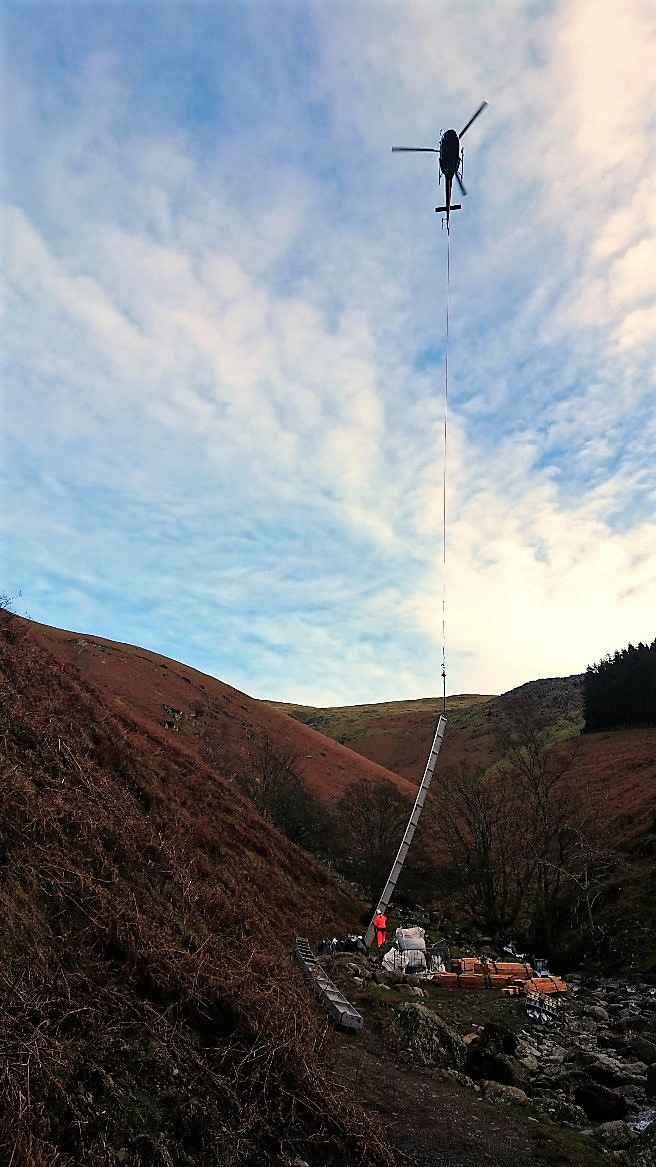 Vivienne Rees who is the Chair of Grasmere Village Society, Councillor for Ambleside and Grasmere and Board Member of Lake District National Park Authority said: “It’s wonderful that the bridge has been reinstated and once again opens up this popular walking route for locals and visitors alike. I know many local families have been watching the progress keenly and are very grateful to all concerned in the planning and building of Greenhead Gill Bridge.” 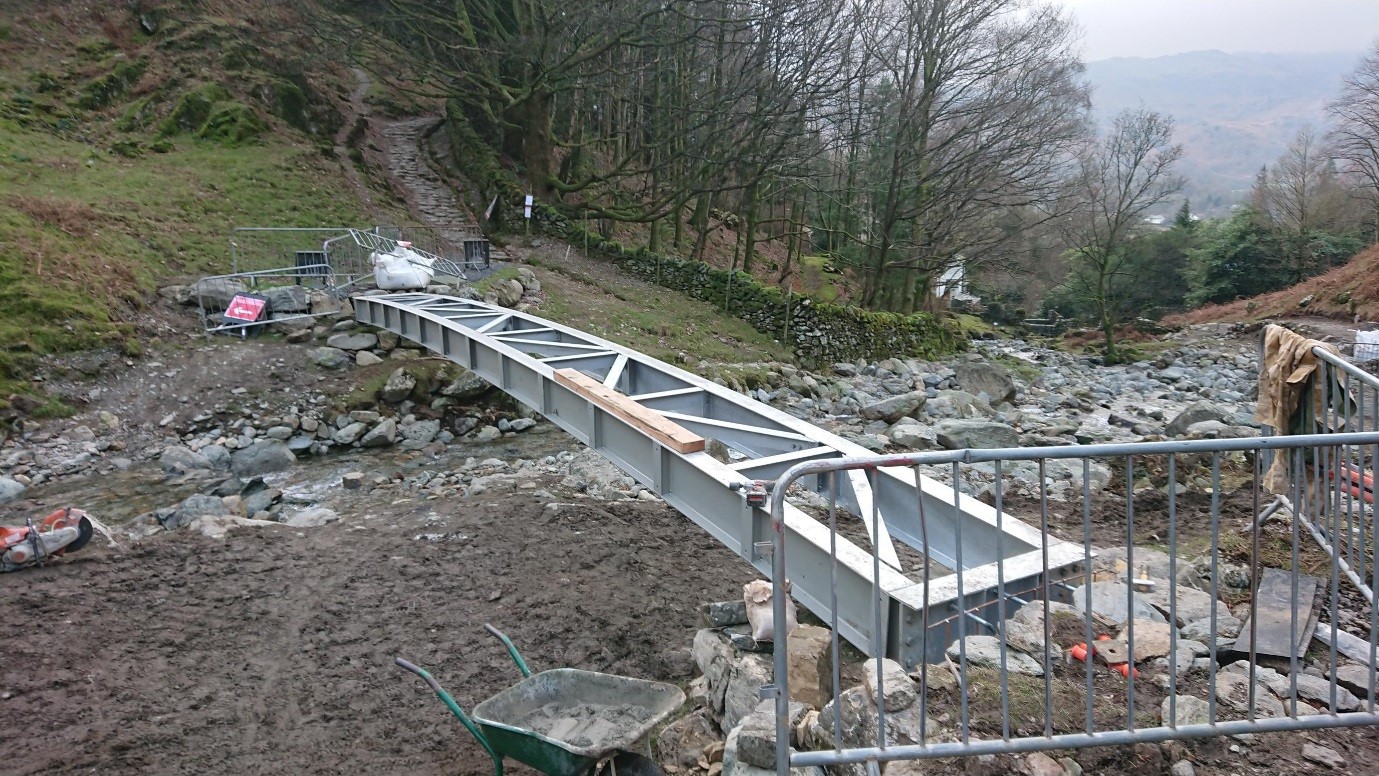 Bruce Wilkinson, project ranger for the Central and South East area of the National Park said: “We’re proud that the bridge has been designed and built by Cumbrian based businesses and are grateful for the support and assistance of local land owners and residents in the project. We’re very pleased that the bridge has been rebuilt as we know how important it is to the local community and are thrilled it’s opened in time for Christmas.” This work was carried out as part of the Government funded £3 million Routes to Resilience Programme to repair the damage caused by Storm Desmond, improve accessibility and strengthen resilience to the impacts of flooding in the future.

Since January 2017, 91 bridges have been reinstated or repaired, 65 paths have been restored and 43 gates, stiles and signs fixed in the National Park. 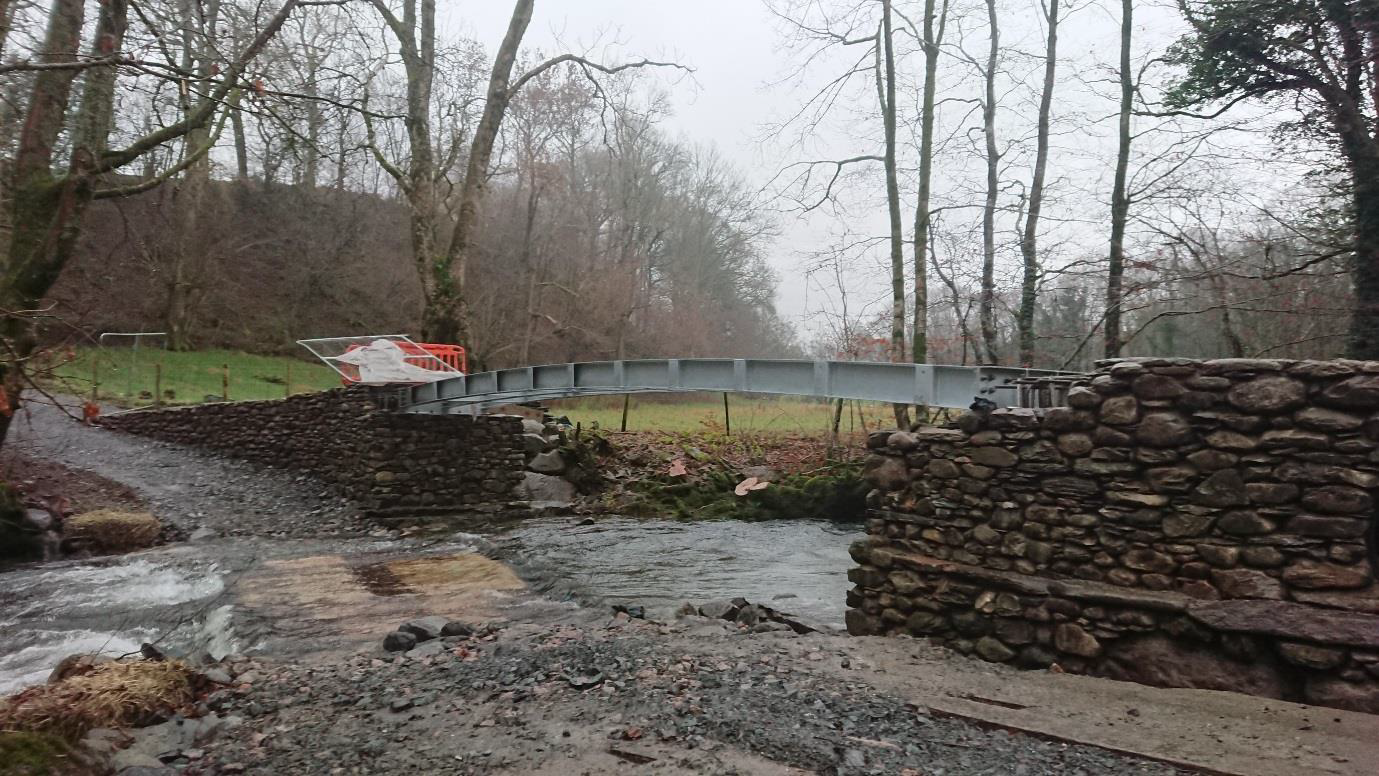 We are in the process of replacing the two bridges at Troutbeck Ford.  The work will re-establish a popular bridleway which has been closed since December 2015 when one bridge was washed away and the other badly damaged by Storm Desmond.  The path down from Troutbeck has been resurfaced and drainage improved and we will also reinstate the original ford, also damaged by the storm. 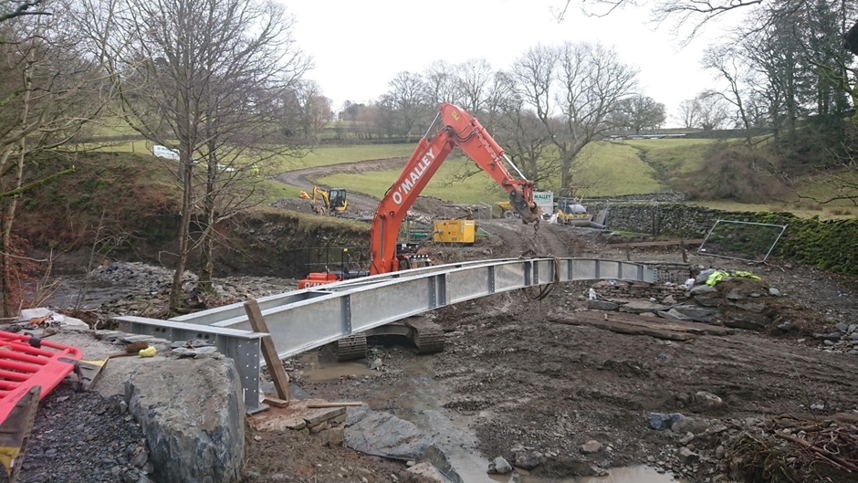 This work is part of the Government funded £3 million Routes to Resilience Programme and will improve accessibility and strengthen resilience to the impacts of flooding in the future.  Horse riders and cyclists will be able to use the new bridges when they open early in the new year.

Map of the Central and South East Distinctive Area

Please get in touch with Marian or Matt if you have any project ideas, queries or enquires about our work. 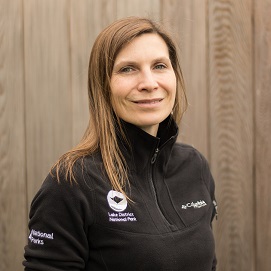 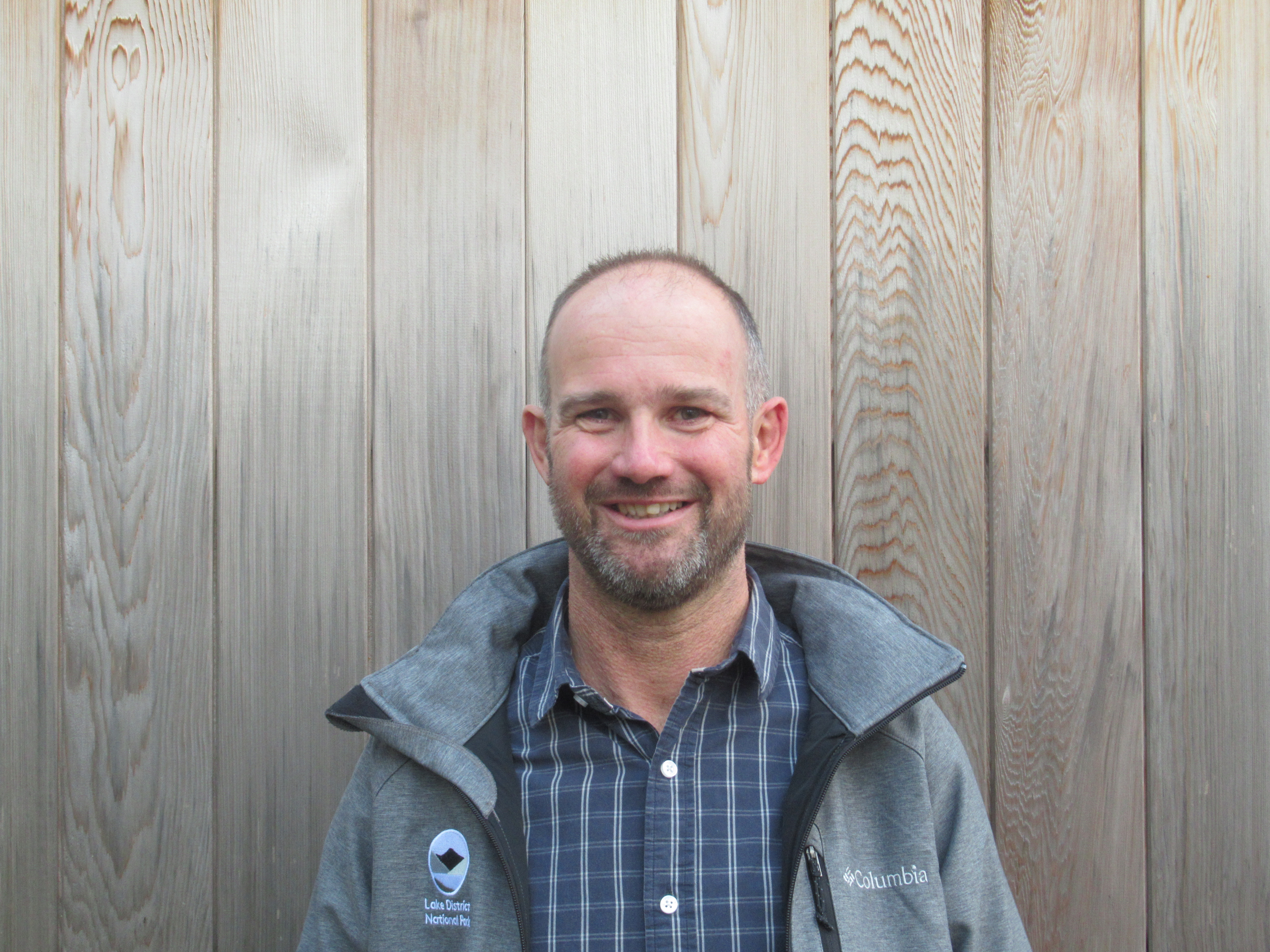 £56,900 have been awarded in grants to this area from the Lake District Communities Fund.