Take a look at what's going in and around the West Lake District: 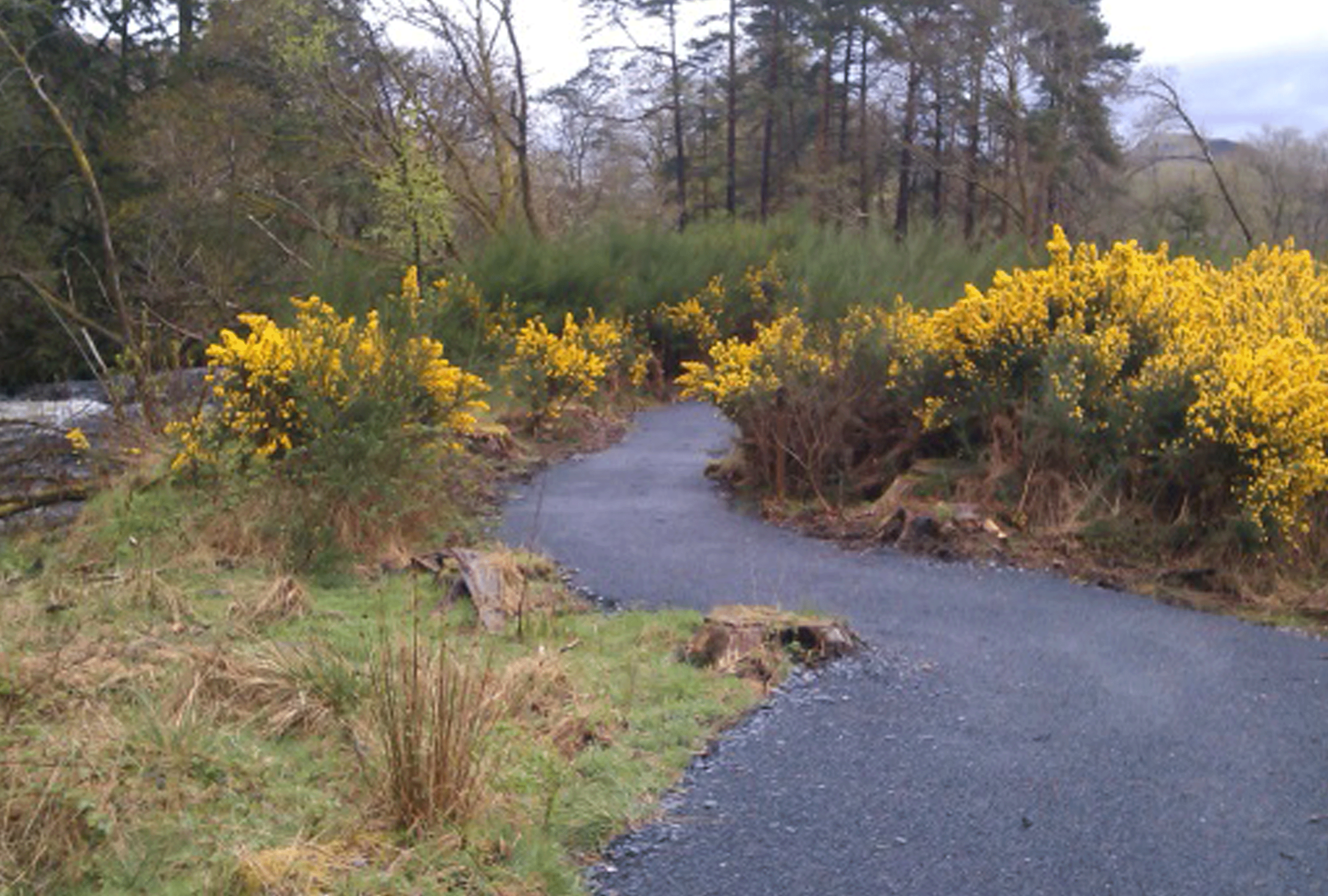 The National Park has worked closely with the local community in Eskdale to carry out a package of improvements to public rights of way in the area.  A host of funders have contributed towards the project, which has provided a sealed surface on the public byeway of St Catherine’s Lonning, the creation of new bridleways and footpaths and upgrades to other existing routes.  A large girder bridge has been refurbished and re-decked, and the ancient site of St Catherine’s Well has been tidied up.  A series of interpretation panels, leaflets and directional signage have been produced to give information to visitors.  Work was carried out by contractors, Park staff, National Trust staff and volunteers, with different aspects of the project being led by different partners.

Eskdale receives a large number of day visitors from the Ravenglass and Eskdale “Laal Ratty” Railway and the project will provide a number of short and easily accessible circular routes linking Dalegarth station with the river Esk, St Catherine’s Church, the village of Boot and Boot Mill, and the National Park property of Stanley Gill. 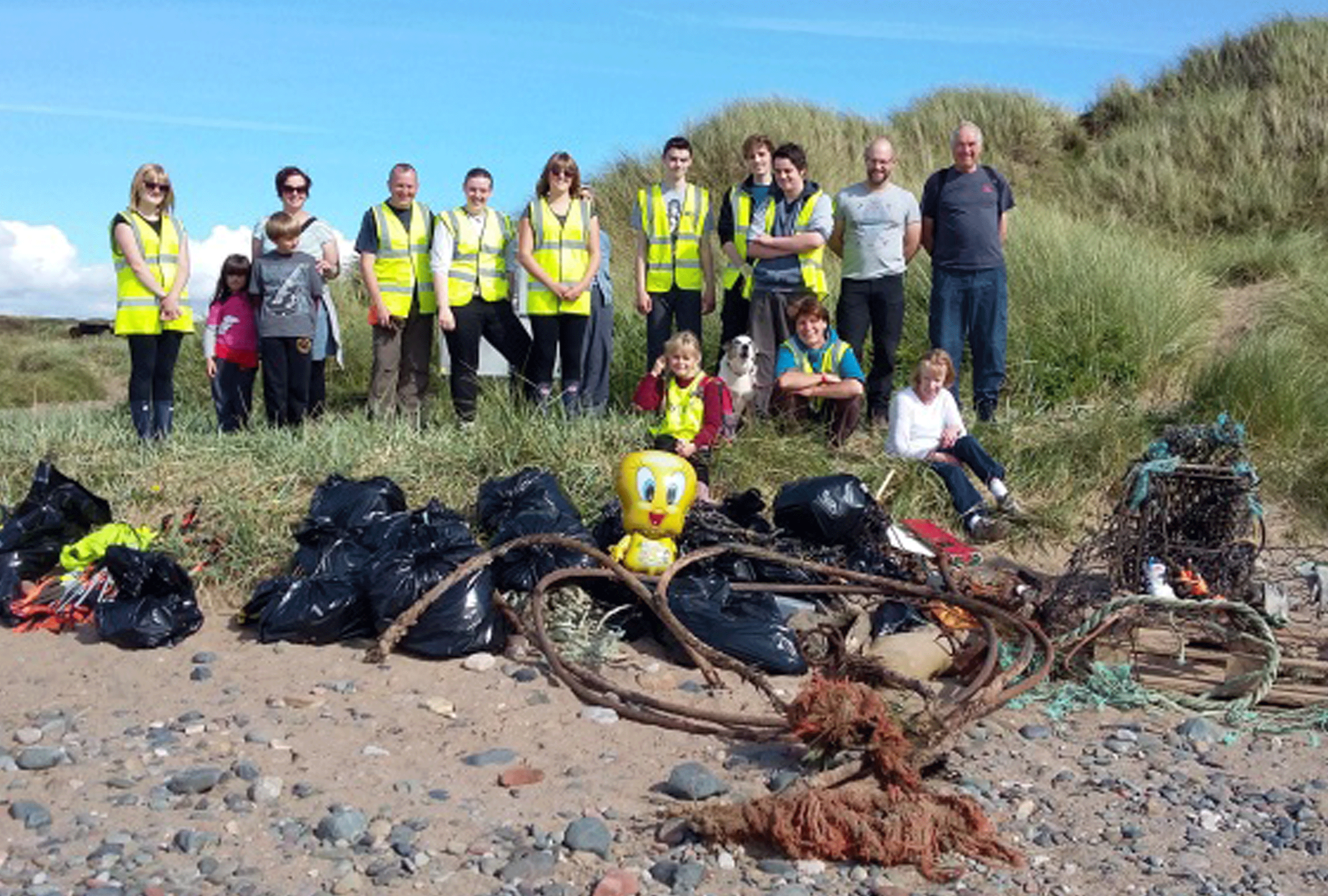 We hold beach cleans on the last Friday of every month. The West Coast has some marvellous coastline and we alternate between Ravenglass, Drigg and Silecroft. Come along and get involved and contact Mike (07810 657061) for more details. 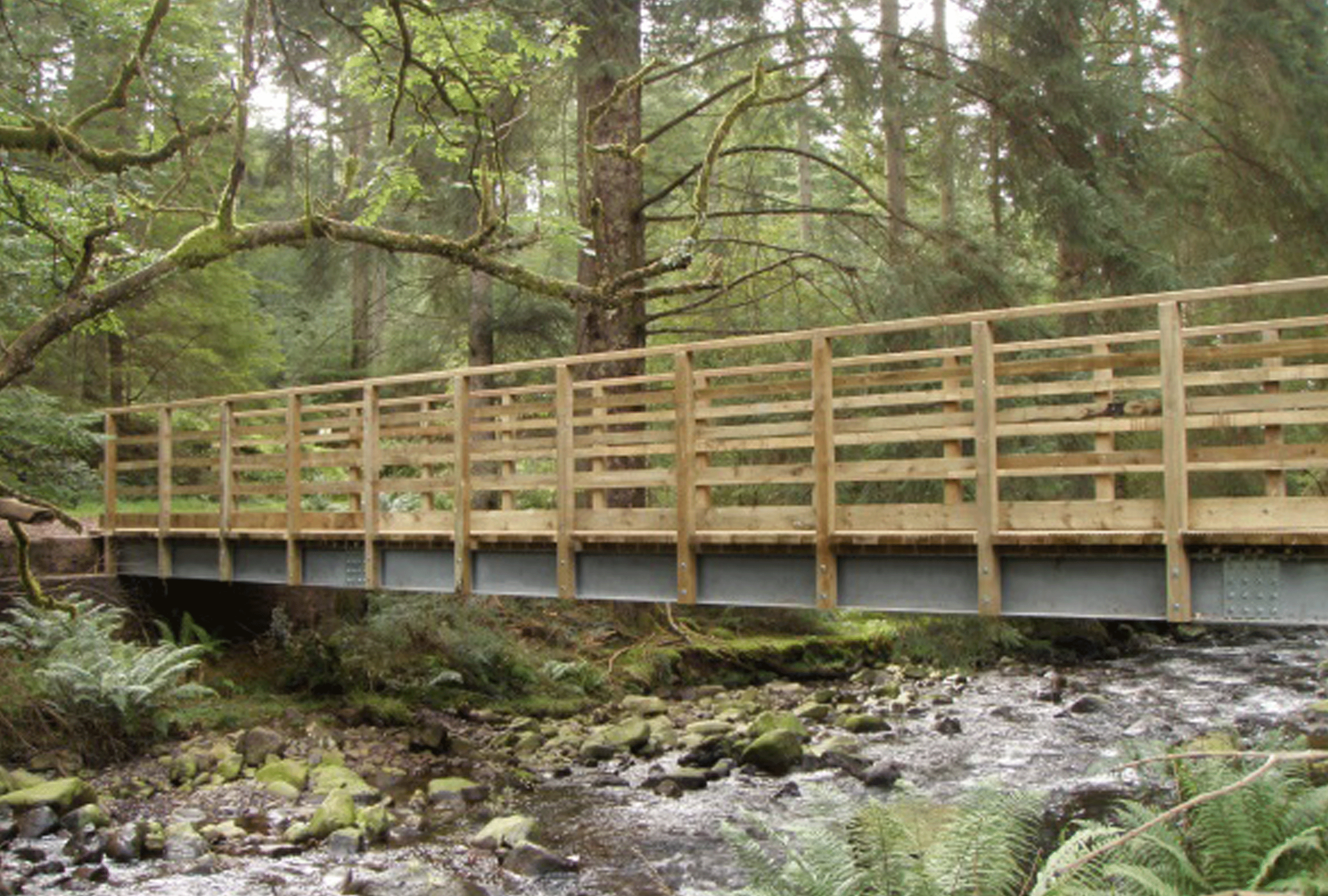 Working with the Forestry Commission and the local community, two new bridges were built in Blengdale Forest, providing vital missing links to the network of footpaths and bridleways in the Forest. One of the bridges is over 60 feet long, and is the largest bridge ever installed by the National Park. Each one had to be specially designed and was prefabricated in steel sections small enough to be transported to this remote location, and bolted then together on site.The bridges have opened up parts of the forest which were previously all but unreachable, and have provided a number of circular walk options. 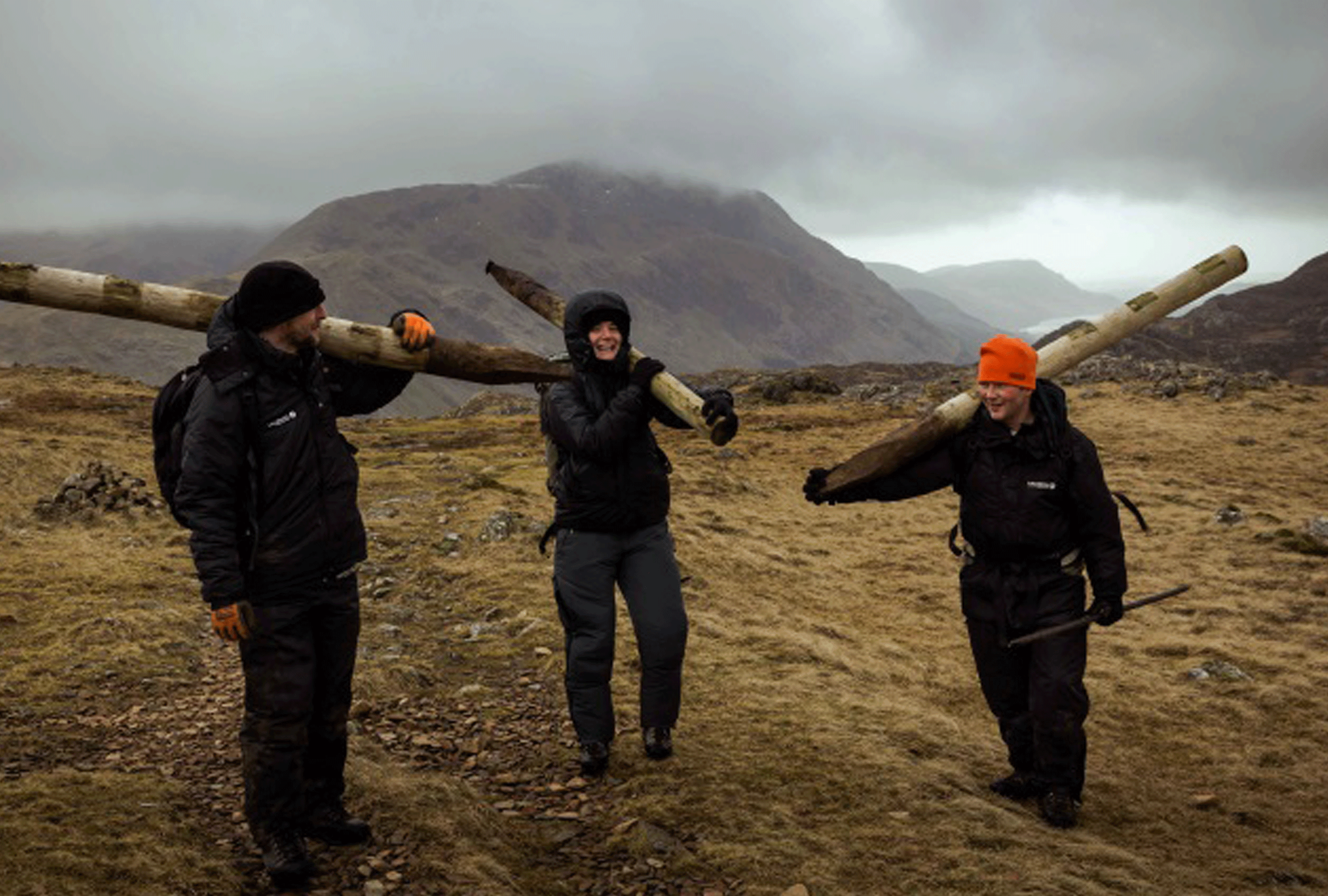 The first Thursday of the month is our Western work party day. Come along and get involved in a variety of countryside tasks; from walling and fencing to tree planting and footpath repair, there’s something for everybody and every age. To find out how you can get involved, contact Mike (07810 657061).

About the West Distinctive Area

From the high fells to the shining sea, the Western Lake District is a land of contrasts. It has scenic beauty in abundance from wild and rugged mountains through to intimate farmed landscapes and 26 miles of Cumbrian coast.

The character of the majority of this area is remote with small, scattered communities. The population of the area is relatively small, just over 4,000 people, and the four main valleys that make up the Western Lakes are Ennerdale, Wasdale, Eskdale and the Duddon; each distinct in character, each a hidden gem.

Ennerdale is the most westerly of all the Lake District valleys and though much modified by human activity in the form of forestry, water extraction and farming, it is the large scale natural features of the valley that impose themselves and create an overriding sense of isolation, wildness and tranquillity.

Wasdale is a valley of contrasts with the imposing bulk and dramatic landform of Great Gable, Scafell, Kirk Fell and Yewbarrow enclosing the head of the valley which then runs south west and abruptly changes to a more gentle, wooded, pastoral landscape. The eastern part of the valley is amongst the most wild and dramatic scenery in the UK including, 79m deep Wastwater, England’s deepest, and 977m high Scafell Pike, Englan’d highest.

From these lofty heights Eskdale runs south-west to the sea through a changing landscape representing the full range of scenery associated with the progression of a river from a cascading upland beck to a fast flowing river in its mid-section then meandering slowly over the coastal plain to the open, tidal landscapes of the river estuary. The valley of the River Duddon runs south-west to an expansive estuary. Two of England’s, highest mountain road passes descend the watershed at the heads of the Eskdale and (Little) Langdale valleys joining from opposite directions to meet at  Cockley Beck where a minor road then follows the course of the river down the Duddon Valley, also known as Dunnerdale.

What else can you see and do in the West

Map of the West Distinctive Area 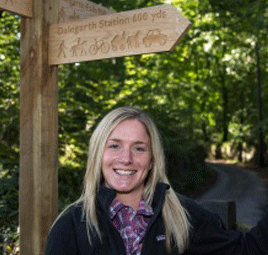 Rec is the Area Ranger for the Western Lake District. Please get in touch with Rec if you have any queries or enquiries about our work in the West or community fund applications.

See all the grants awarded in this area