About the North Distinctive Area

The Northern Lake District Distinctive Area is a mixture of upland limestone, high fell fringe, rugged high fell and upland valleys – from gently rolling improved farmland to the rounded mountain massifs of Skiddaw and Blencathra. Oak woodland is a distinctive landscape feature of the area.

Thirlmere is significant as it is also a reservoir. The reservoir and surrounding valley is owned by United Utilities, a private water company, and still supplies over 220 million litres of water a day to Manchester and parts of Cumbria and Lancashire. 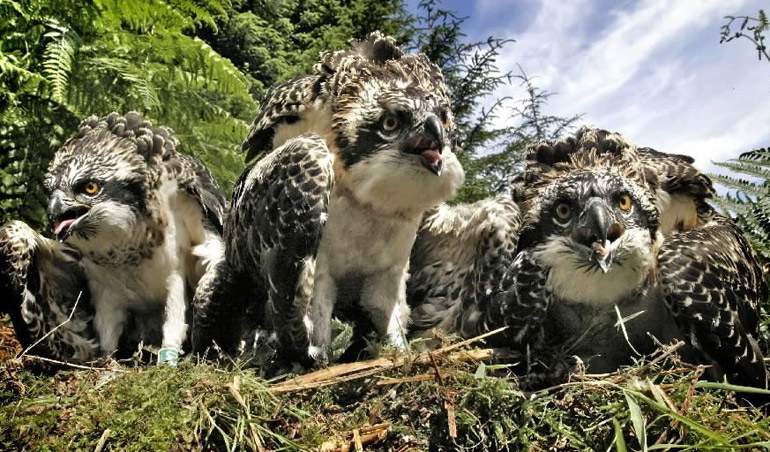 The Lake District Osprey Project is a partnership between the Forestry Commission, Lake District National Park and Royal Society for the Protection of Birds (RSPB) with fantastic support from many volunteers. The partnership aims to ensure the continued success of breeding ospreys at Bassenthwaite; to assist with natural colonisation elsewhere in the Lakes; and to provide visitors to the Lakes with the opportunity to see and find out more about ospreys.

Ospreys have been breeding near Bassenthwaite Lake since 2001 and are currently using a nest near the Lake. The nest has a High Definition camera, which sends live pictures to the osprey exhibition area at the Forest Centre at Whinlatter. Live images can also be seen at the open air viewpoints at Dodd Wood via the project iPad, sponsored by the Lake District Community Fund. 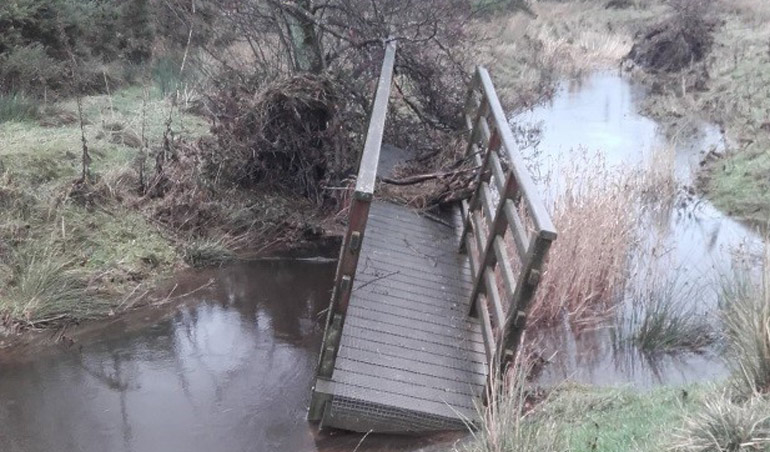 Since early December the work of the area team has been almost entirely dedicated to flood recovery.

Initially, our Park Management Team, including our volunteers, concentrated on surveying all 1,450 bridges on Rights of Way that we are responsible for to assess their safety and to see what damage there was.

Across the whole National Park, the total is currently 46 footbridges which are not useable and are in need of either replacement or significant repairs, and 214 further footbridges which are passable but damaged, and will also need repair. However, put another way, this means that nearly 97 per cent of our bridges are either open, or passable with care, so this obviously back up the ‘Cumbria is open’ message. After checking the bridges, we are now concentrating on surveying damaged paths in the area, and this is nearing completion.

How have the floods affected the North Distinctive Area? In summary: 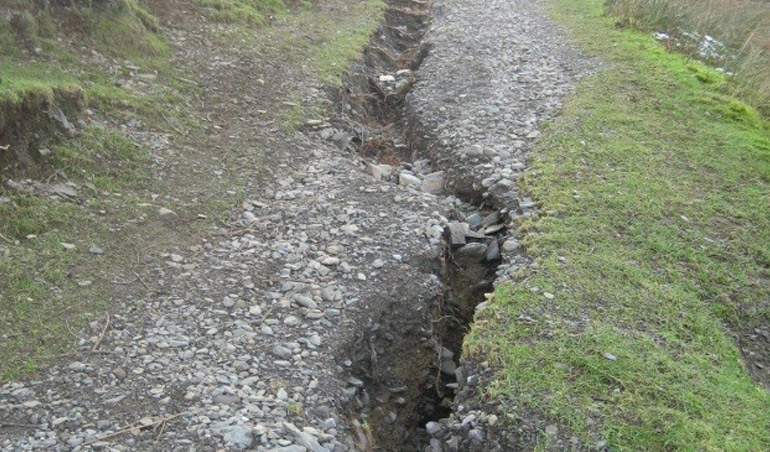 For both bridges and paths we are putting together estimates of costs for all the repairs, and these are due to be submitted to central government by the end of January. Where possible these will include measures to build in resilience against future flood events. For example a new bridge may be designed to be stronger, higher, wider, single spanned, or a combination of these.

Until we have confirmation of funding for this recovery work we are only able to carry out repairs that have little or no material costs – such as washed out paths where we can ‘re-claim’ the eroded material and resurface with it.

We are also starting to prioritise repairs, ready for when we receive news of funding. We are doing this to take account of a variety of factors including impact on the community, impact on the economy, and importance of the route.

If you are aware of any other damage to Rights of Way that is not already shown on the map, please email Cath Johnson, Area Ranger at catherine.johnson@lakedistrict.gov.uk.

Map of the North Distinctive Area 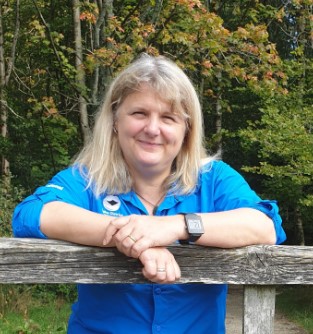 Cath is the Area Ranger for the North area of the Lake District. Please get in touch with Cath if you have any queries or enquiries about our work in this region, potential projects or community fund applications.