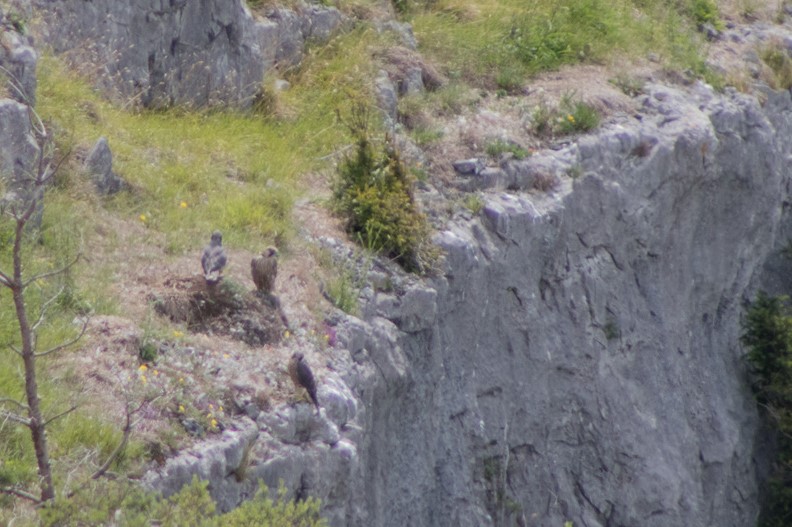 When you drive along the A590 between Lindale and Levens, you will have noticed the imposing white limestone escarpment, bastion of Whitbarrow Nature Reserve.  These cliffs are popular with rock climbers; Chapel Head Scar is up there as one of the best hard sport climbing crags in the country, but access to the site needs careful management because it is also a favoured nesting spot for peregrine falcons.  In the 1960s, these amazing aerial hunters were on the verge of extinction in Cumbria because of pesticide use and persecution.  Since then, their numbers have increased dramatically, as measures have been adopted to protect them, but sadly the population has suffered a decline in recent years.

The birds are a protected species and temporary climbing restrictions are put in place at nest site crags during the nesting season; 1 March – 30 June.  We have an agreement with the British Mountaineering Council (BMC) to cancel or reduce the restrictions if birds haven’t nested or have fledged early.  Every year there are calls from the climbing community to open Chapel Head Scar as soon as possible.  Nest sites are notoriously difficult to spot as the adults make infrequent flights until the chicks grow large and hungry.  The restriction is often challenged as people don't see the birds and are keen to get back on their climbing projects.  Reliable reports are therefore really important to our credibility and support from climbers, but the nest monitoring requires many person hours. 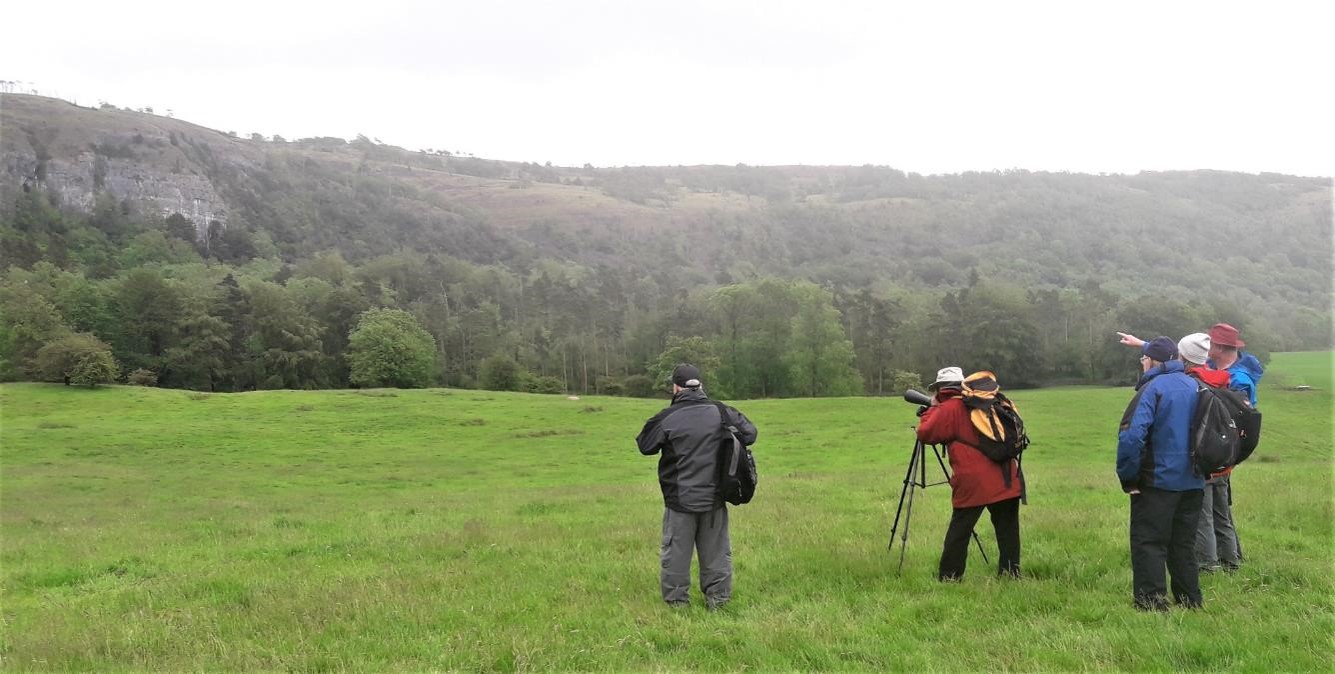 This year we were hugely supported in the task by a small but dedicated team of volunteers. David and Liz Skinner, Sally Varian, Denys Vaughan, Geoff Cook and Mark Simpson collectively spent more than 80 hours, binoculars and cameras in hand, watching the falcons from a distance to confirm that they were present and nesting.  Isaac Johnston, John Muir Trust Ranger, helped the group by providing a powerful telescope and finding a safe place to get closer sight of the nest without disturbing the birds. We shared the reports with the Mountain Liaison Group who then updated climbing groups and online access information sites. This is a great example of how volunteers can expand our work.  Their regular updates meant that the organisations involved in monitoring the species and managing crag access had current and trusted information to hand. Three chicks were raised and fledged successfully at Chapel Head this year and the restrictions were lifted at the end of June. It’s been an ultimately rewarding project and many of the volunteers have bought powerful binoculars ready for next season.