Why is Near Sawrey special?

Near Sawrey is a small village located on the historic trade route between Hawkshead and Kendal with attractive architectural and historic character. This includes: 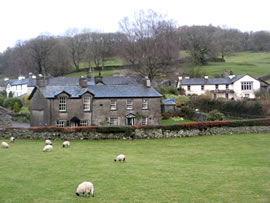