Hartsop is a small historic hamlet located on a historic route from the Patterdale Valley up onto the high fells with attractive architectural and historic character. This includes: 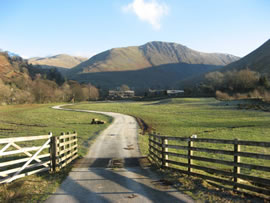