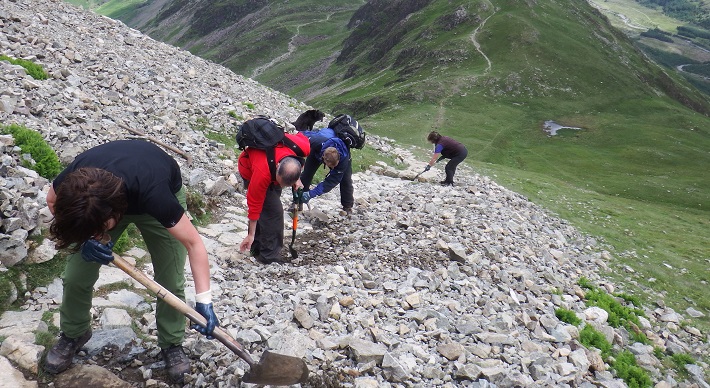 With millions of walking boots, combined with the Cumbrian climate means erosion is a constant problem. Thanks to Fix the Fells, people can enjoy exploring the Lake District now and in the future.

Fix the Fells is a team made up of Lake District National Park Authority and National Trust rangers, including many invaluable volunteers. They repair paths from erosion on the high fells and protect the ecology and archaeological heritage of our beautiful landscape.

Why fix the paths?

It is essential to repair eroding paths in the Lake District to protect the internationally important biodiversity of the area.

Before and after: Erosion in Coledale which Fix the Fells repaired. The damage was 4m deep, 10m wide and over 300m long.

Before and after: Erosion on Redacre Gill.