This project will improve the surface of Breasthigh Road in Borrowdale, improve drainage and flood resilience on the route and create new areas of tree planting, which will increase biodiversity and reduce the impact of flooding.

Breasthigh Road is a Byway Open to All Traffic and Unclassified County Road in the Borrowdale area of the Lake District National Park. The route crosses mainly open fell land and is unsealed for most of its length, climbing steeply to 430m from either direction. It is a significant landscape feature visible from the A6 (Kendal to Shap). The route is around 3km in length and its surface consists of bedrock, large loose stones, hard-packed stony track and broken tarmac.

The route has been used since Medieval times as a link between Kendal and Orton and is recorded on the Historic Environment Record. It is now used as a ‘green lane’ (an unsealed rural road) for recreational leisure activities including walking, biking and recreational driving/motorcycling. It is recognised as an important Byway crossing from the Yorkshire Dales National Park to the East and the Lake District National Park and is also part of the ‘Trans Euro Trail’ which uses green lanes to traverse 38,000km of trails around Europe. The route is one of the few routes in the National Park that provides legal off-road driving for recreational driving and motorcycling, these routes forming less than 4% of the total National Park rights of way network.

Over many years the route has deteriorated, due to the exposed nature of the route, visitor pressure and significant flood events in the area. This has caused damage to the route including:

Because of its condition, users are now deviating from the route itself, causing further damage to the fragile landscape surrounding the road, and increasing its visibility in the landscape.

The Borrowdale Restoration Project will restore the western section of the Breasthigh Road in the Borrowdale Valley to a surfaced, usable and sustainable ‘green lane’ status to encourage users to remain within the boundary of the road itself, enabling the surrounding landscape to recover.

Specifically, the project will: 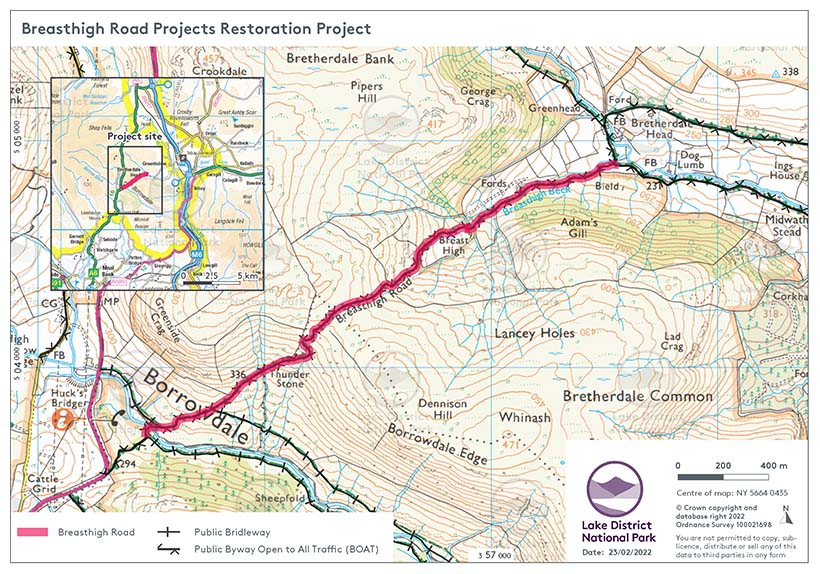 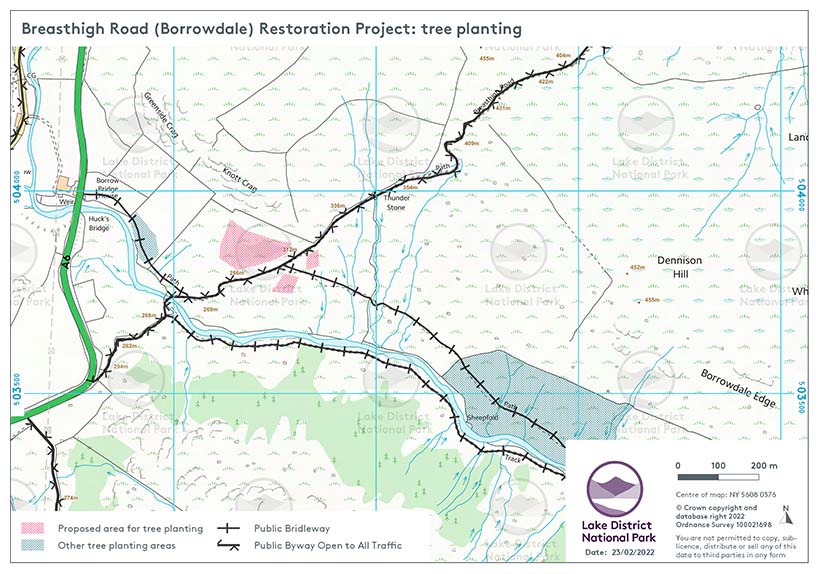 Visual impact of the current route 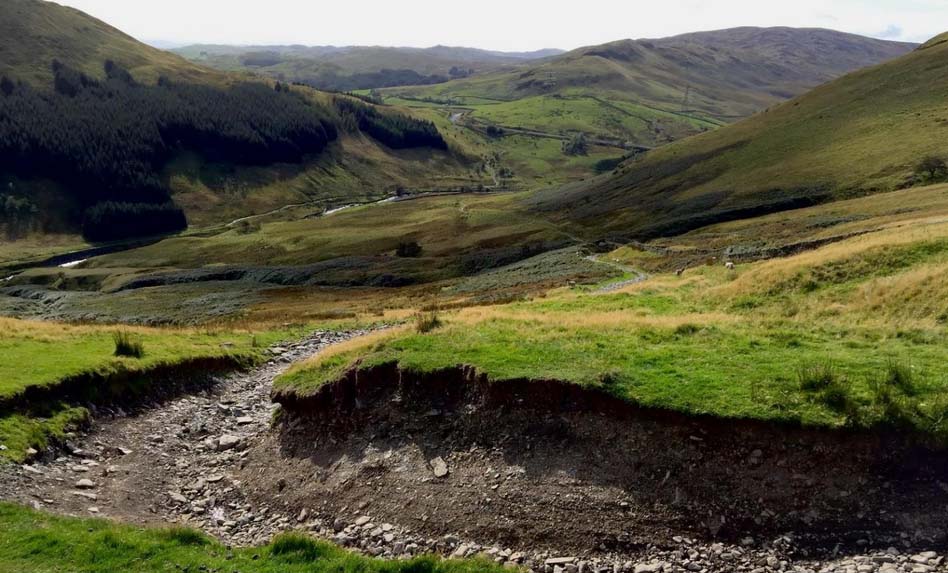