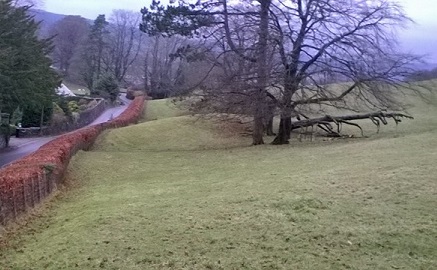 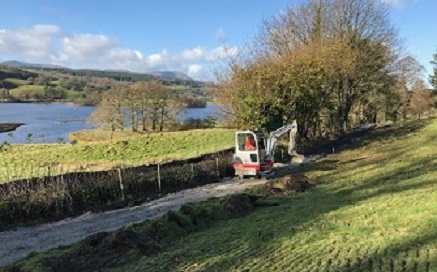 Claife Parish Council has had a long-term aim to get a safe off road route between Near Sawrey and Hawkshead for a number of years, and this was identified as an action in their Community Plan six years ago.

We have been working closely with Claife Parish Council to develop a new bridlepath. This new route will create a safe off road bridlepath between Near Sawrey and Hawkshead, and will also provide a link to the Hawkshead to Wray path that we developed a few years ago.

The route is being developed in phases, because not all the landowners have currently agreed to granting permission for their section of the route. Phase 1 of the route involves land owned by Claife Parish Council and the National Trust.

The project is a great example of us working with our partners. We have been supporting and advising the Parish Council about how to develop this project, and provided advice on the specification for the path, and suitable contractors that could quote for the work. We have worked closely with the National Trust as they are one of the main landowners on the route, who have also been keen to get a safe route to their property at Hill Top. We have been able to develop the Phase 1 of the project due to funding from:

The new path is surfaced, and fenced from the adjoining fields and promoted with fingerposts and three interpretation panels.

The path was formally opened for members of the public to use on 27 April 2018.