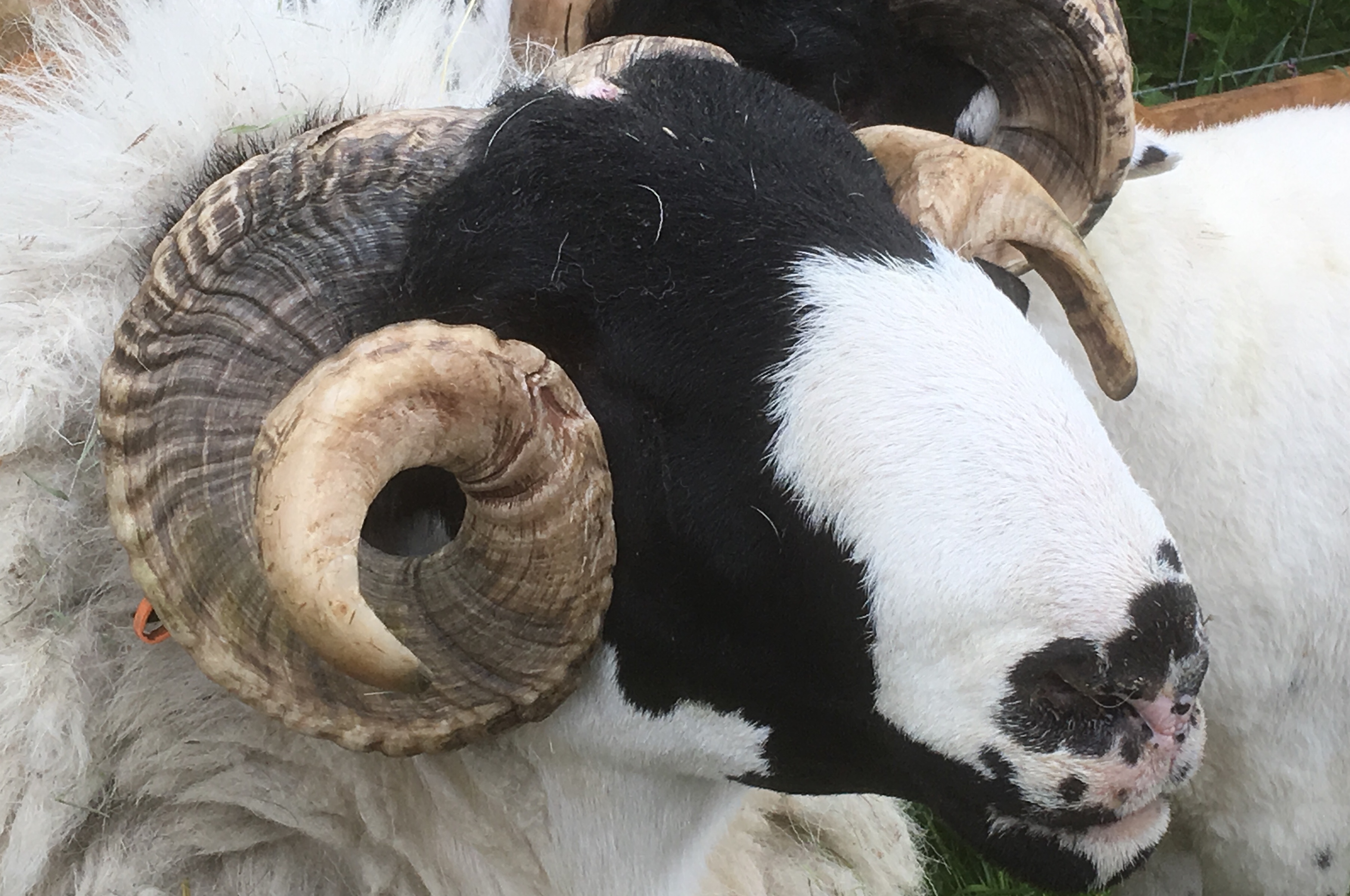 Hefting is a traditional way of managing animals on large areas of communal grazing, often on common land. To establish a heft the animals, usually sheep but sometimes cows or ponies, have to be kept in place by constant shepherding as there are no physical boundaries. Most of the hefts in the Lake District have been established for centuries.

Over time the animals have learnt their heft and do not need to be shepherded to stay there. This knowledge is passed from ewe to lamb each generation. The sheep learn where good grazing and shelter can be found at different times of year.

On many tenanted farms there is a ‘landlord’s flock’ which belongs to the owner of the farm and is passed from tenant to tenant so that the hefting instinct is not lost. The Lake District has large flocks of hefted sheep that are crucial to the cultural heritage of the area, and this was considered a key factor in inscribing the Lake District as a World Heritage Site by UNESCO.

The Lake District National Park supports traditional methods of hill farming in the Lake District and sponsors many shows and shepherds’ meets every year.  Shepherds' meets were originally for the purpose of returning lost sheep that had strayed off their heft to the rightful owner. There are few written records of historical shepherds meets, those from 1840 onwards at Kirkstone are recorded- in 1914 over 100 stray sheep were exchanged there.

A Westmorland Gazette report of the 1893 Kirkstone Shepherds’ Meet, now moved to Troutbeck, said “it is a source of never ending interest to townsmen to see the fold masters pronouncing the name of the owner and the original home of a stray sheep by merely glancing at the ear, horn or wool marks. A shepherd can recognize his own sheep among a large flock, knowing its face almost as well as a man knows the face of humans.”

Some of the shepherds meets were set up to exchange tups (male sheep)  as well as reunite owners with lost sheep which is why they are so late in the year. Shepherds' meets today are a mixture of showing sheep and meeting socially. There are usually classes for different ages of male and female sheep, as well as working dogs and other competitions. Sometimes there are fell races and hound trials as well, sometimes the singing of traditional songs afterwards.

Herdwick sheep are the native breed of the central and western Lake District. They live on England’s highest mountains. They are extremely hardy and are live on many of the commons in the Lake District.

Herdwicks have an ability to forage for food even in the most difficult terrain. Many of them live their lives without receiving any supplementary feed. Typically they leave the fell flocks after three or four lambings and are sold to lowland farms to cross with commercial terminal sires such as the Texel to produce a butcher's lamb. In an upland situation they usually just have one lamb, but where there is better grass they can easily rear twins.

It is believed that the Vikings brought the ancestors of the Herdwick sheep with them in their longboats and it is possible that the Vikings influenced the farming practices here. A tradition shared with Scandinavians is the practice of lug marking, where notches are clipped from the sheep’s ears at an early age. These identification marks are recorded in the Shepherds Guides (first published in 1817) and allow stray sheep to be returned to their owners. Shepherds Guides are still used today, the most recent one being produced in 2005. Sheep also carry an electronic identification chip in their ear tags.

Rough Fell Sheep are native to the eastern Lake District. They are the largest and one of the hardiest hill breeds in the UK. They are ideal for crossing with a Bluefaced Leicester tup (male sheep) to produce mule lambs, or a Teeswater tup to produce a Masham lamb.

Although this breed is little known nationwide, it is enormously popular on its native mountain and moorland farms, embracing a large proportion of South Cumbria, parts of the West Riding of Yorkshire, North Lancashire and more recently, parts of Devon, Northumberland, Wales, Scotland and Ireland.

This exceptionally hardy type of sheep has proved to be well fitted to endure the hardships of exposed and high upland mountains.The purebred sheep are excellent mothers and have plenty of milk. They can easily rear twin lambs, many of which are sold at 16 weeks.

Swaledale sheep are native to the North Pennines and the east of the Lake District. They are also found in the South Lakes. They are a hardy mountain sheep and are often crossed to a Bluefaced Leicester tup to produce a North of England Mule lamb (see www.nemsa.co.uk). Thousands of NEMSA mule lambs are sold every year from the Cumbrian fells and thrive all over the UK.

Pure bred Swaledale sheep are one of the hardiest, thriftiest breeds and can survive winters in harsh upland areas with very little supplementary feed- hay may be taken to them during snowy weather. The Swaledale Sheep Breeders society website says 'the Swaledale breed has become well known for being a bold, hardy sheep, well fitted to endure the hardships of exposed and high lying situations'.

Fell ponies are native to the Cumbrian fells. They were used as pack ponies and for shepherding and to protect flocks of sheep from wolves. Trains of pack ponies carried goods all around the country- in 1942/3 11 Kendal traders made 14 journeys to Southampton carrying cloth. They were also used for trotting races and in collieries. Today the fell pony is used for adults and children as a riding and driving pony. HM the Queen owns fell ponies and is the patron of the Fell Pony Society.

There are several herds of hefted fell ponies in the Lake District National Park. They live a semi wild existence on the fells and are brought down to the farms that own them several times a year for management purposes (to see the farrier etc) before returning to their heft. You can often see fell ponies to the east and west as you travel through the Lune Gorge near Tebay on the M6 motorway or the west coast mainline railway. 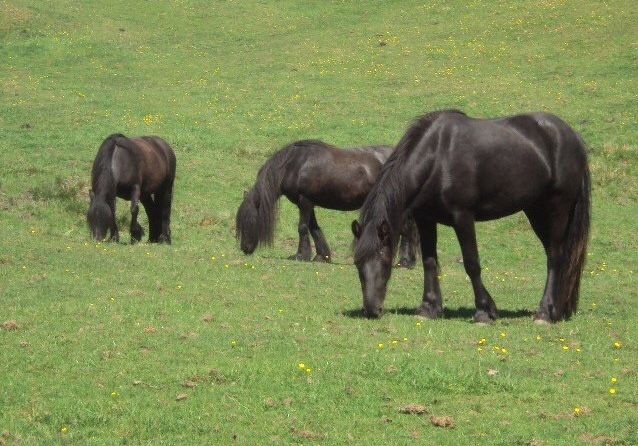