It is important that planning applications include clear, scale plans ,which have been drawn to a good standard. We will not validate your application unless it has enough plans to show the existing site, and the site as proposed. What plans we require will vary from scheme to scheme. Examples of different types of plans are detailed below.

Can I draw plans myself?

How many copies do I need to provide?

If you are submitting your application on paper, by law we require a total of four copies of all plans.

The site layout plan (also known as a block plan) should be drawn at a metric scale and should accurately show: 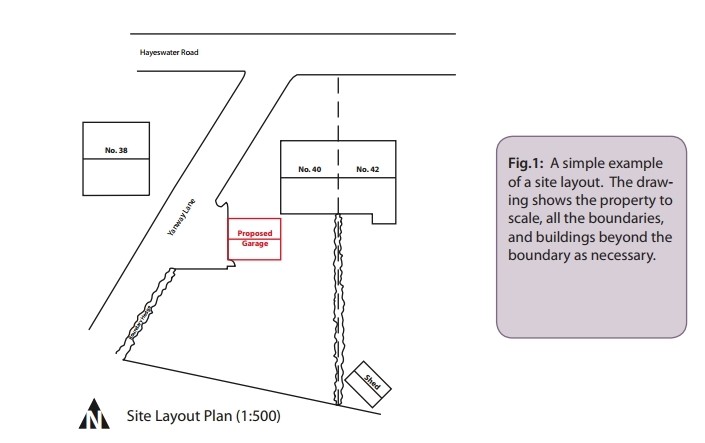 Elevation drawings should be drawn to a scale of 1:50 or 1:100 and must clearly show the proposed works in relation to what is already there.  All sides of the proposal must be shown.  They should indicate, where possible, the proposed building materials and the style, materials and finish of windows and doors.  Blank elevations must also be included, if only to show that this is in fact the case.

Where a proposed elevation adjoins another building or is in close proximity, the drawings should clearly show the relationship between the buildings, and detail the positions of the openings on each property. 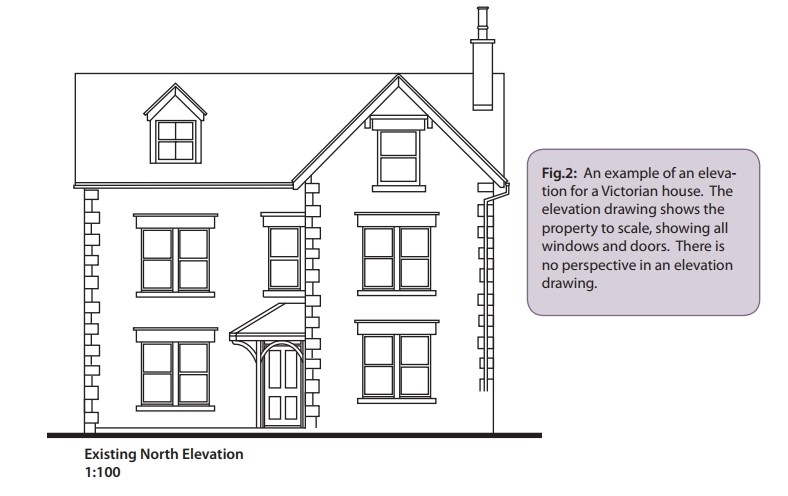 A roof plan is used to show the shape of the roof. These should be drawn to a scale of 1:50 or 1:100 and show clearly the proposed works in relation to what is already there. Details such as the roofing materials and their location are typically specified on the roof plan

Floor plans should be drawn to a scale of 1:50 or 1:100 and should explain the proposal in detail. Where existing buildings or walls are to be demolished these should be clearly shown. The drawings submitted should show details of the existing building(s) as well as those for the proposed development. New buildings should also be shown in context with adjacent buildings, including property numbers if necessary 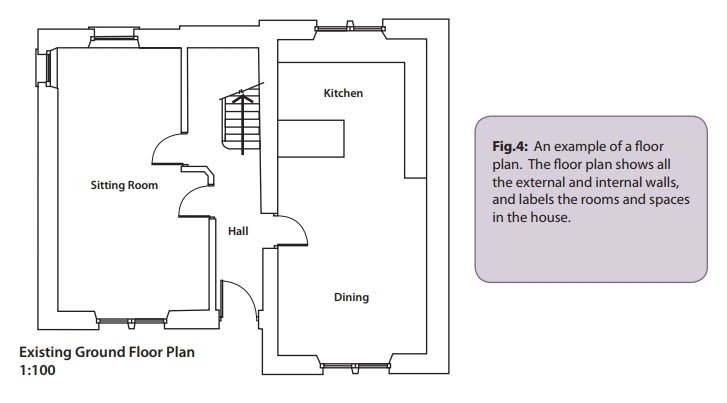 Sections should be drawn at a scale of 1:50 or 1:100 should show a cross section(s) through the proposed building(s). Where a proposal involves a change in ground levels, illustrative drawings should be submitted to show both existing and finished levels they should include details of foundations and eaves and how encroachment onto adjoining land is to be avoided.

In the case of householder development, the levels may be evident from floor plans and elevations, but in the case of sloping sites it will be necessary to show how proposals relate to existing ground levels or where ground levels outside the extension would be modified. Levels should also be taken into account in producing design and access statements.