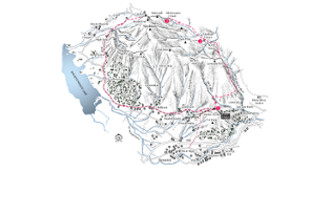 North of Skiddaw lies an area of high moors and rolling hills. Bleak and lonely – these fells do not attract the crowds, as do their southern neighbours. Great sweeps of open fells dominate the landscape relieved only by the becks. Penetrating this wilderness is a bridleway that skirts the eastern flanks of Lonscale Fell and then heads north west over Burnt Hause and around the back of Skiddaw. By starting at Latrigg Car Park and following this bridleway it is possible to make a complete tour of Skiddaw over good tracks with well-graded ascent and take in some spectacular scenery. It also possible to start from Keswick and use the Latrigg Bridleway as an out and back route to access the start at Latrigg Car Park. The Latrigg Bridleway starts in Keswick at GR NY267241 on Brundhome Road. 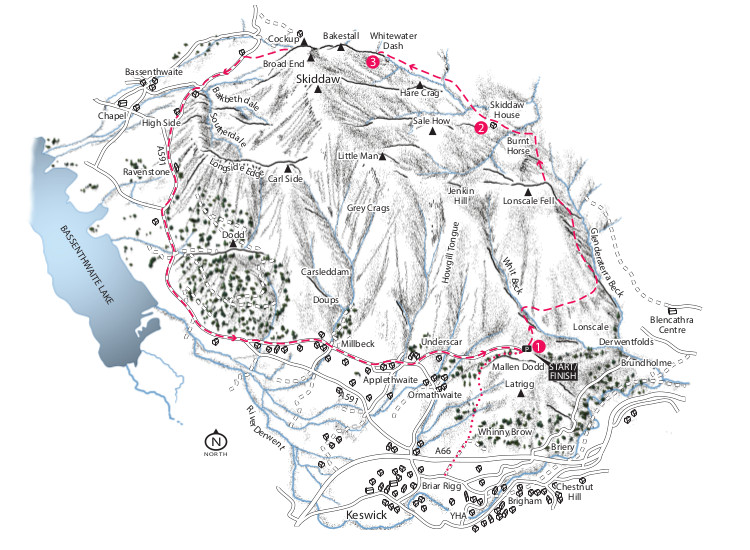 Terrain Stony, well-graded bridleways and tracks over open moorland and low fells with a return along roads