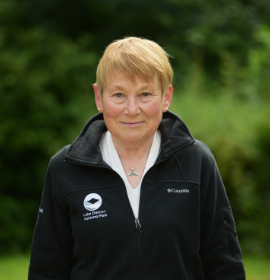 Both will lead the team of 20 members to make important decisions relating to the management of the Lake District National Park and act as the voice of the people in key decisions.

Tiffany was first appointed to the Lake District National Park Authority in July 2019 and has previously held the position of Chair of the Rights of Way Committee and has been Acting Chair in recent months.

She was formerly Chair of the National Lottery Heritage Fund Committee for the North. Most of her career was spent working for the National Trust mainly in the north of England and latterly as the North West Director.

Tiffany said: “I was brought up to believe - and still do - that there was no better place on earth than the Lake District and it’s a real pleasure and a privilege for me to be appointed as Chair for the Authority.

“The more I see and learn about the work involved in caring for the Park the more impressed I have been by everyone’s dedication and hard work and some brilliant conservation and access projects.

“I am greatly looking forward to working with colleagues and partners in fulfilling our vision in the Lake District Partnership Plan and to getting out and about in the Park to meet people and hear their thoughts and views about where the Park Authority can be most effective."

Members have also recently ratified the appointment of Gavin Capstick as the new Director of Visitor Services and Resources. Gavin took up the new role on 1 July following the departure of Kerry Powell who last week left the Authority after 17 years.

Gavin has been Head of Programmes and Resources with the Authority since 2018 and previously held senior roles at Carlisle City Council and the University of Central Lancashire.

He said: “I'm delighted to be taking up the new role and following on from Kerry. She has done an outstanding job and made such a significant contribution to the Authority and to the Lake District. I'm looking forward to continuing her work, welcoming visitors to the Lake District and supporting our local communities."