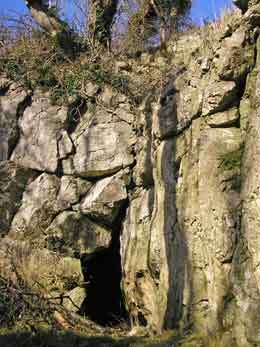 Around 12,000 years ago the last great Ice Age ended. As the climate grew warmer and the ice began to melt, plants and trees were able to grow. But it was still very cold and people lived in the lowlands in caves and temporary shelters.

For 6,000 years people moved from place to place, gathering nuts, fruits and edible plants and hunting and fishing on the coast and in estuaries. They also cleared small areas of woodland to attract wild animals, which made hunting easier.

Around 7,000 years ago most of the land was covered in forest. During the Neolithic, or New Stone Age, (4,000-2,000 BC) people began to set up more permanent homes in small clearings. They grew crops and kept animals but still relied on food from natural resources. 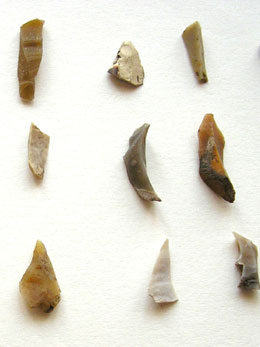 During the late Neolithic and early Bronze Age (2,500-1500 BC) people built monuments such as stone circles in prominent places. We don’t know why they were built, but it seems that people wanted to make a mark on the land that others could see.

As well as building monuments, in some areas people carved symbols or motifs into rocks. We think they might have done this to leave messages or information for other tribes or families.

In the late Bronze Age, people cleared trees on the fellsides and in the valleys to make way for grazing animals and growing crops. Large stones also had to be cleared from the land. These were piled up into heaps to form clearance cairns. Later people arranged these into walls to divide up the land.

People managed the landscape this way for centuries. Settlements sprang up in favourable locations and some were used from the Bronze Age until well after the Roman invasion.