A land carved from rock

In the Lake District, 500 million years of geological processes have produced a physical landscape of mountains and lakes of great scenic beauty.

Slate developed from sediments in oceans and seas, volcanoes erupted, limestone was formed by the deposition of dead crustaceans and sandstone was created in desert conditions. Various minerals were also formed in joints and faults in the bedrock.

The layers of rock formed were shifted and sculpted - first through different stages of folding and uplifting and then by the actions of glaciers and meltwater.

As a result the topography of the Lake District includes smooth U-shaped valleys and steep and sharp ridges, England’s highest mountain and deepest and longest lakes. The Lake District is often compared to a wheel, with the hub approximately at Dunmail Raise, north of Grasmere. The valleys and lakes radiate outwards as the 'spokes'.

The Skiddaw Group are the oldest rocks in the Lake District. They were formed as black muds and sands settling on the seabed about 500 million years ago. They have since been raised up and crumpled and squeezed. These rocks are found mainly in the north of the National Park and the mountains they form are mostly smooth, though many streams have cut deep gorges.

Found in the central Lake District, the 'Borrowdale Volcanics' are very hard lavas and ashes formed in catastrophic eruptions about 450 million years ago. They make up the highest and craggiest mountains: Scafell, Helvellyn and the Langdale Pikes.

These peaks are not the remains of the original volcanoes - they are the harder volcanic rocks that have withstood erosion.

Sedimentary mudstones, sandstones, siltstones and some limestone formed in the sea about 420 million years ago. These were later folded and faulted, pushed up, and eroded down to their present levels former the gentler scenery of southern Lakeland.

Huge masses of granite formed about 400 million years ago deep below the Lake District. Erosion has revealed outcrops in Eskdale, Ennerdale and at Shap.

320 million years ago a tropical sea covered the Lake District. The shell remains of incredible numbers of small animals formed limestone which is visible at Whitbarrow Scar and Scout Scar in the south of the National Park.

Why are there so many lakes?

The Lake District has over fourteen lakes and tarns. The Lake District’s volcanic rock does not allow water to seep away. The high rainfall, combined with the extra deep glacial valleys, means that the valleys are able to store large volumes of water. 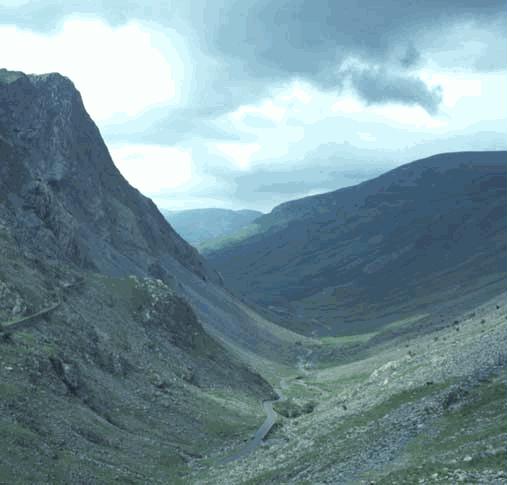