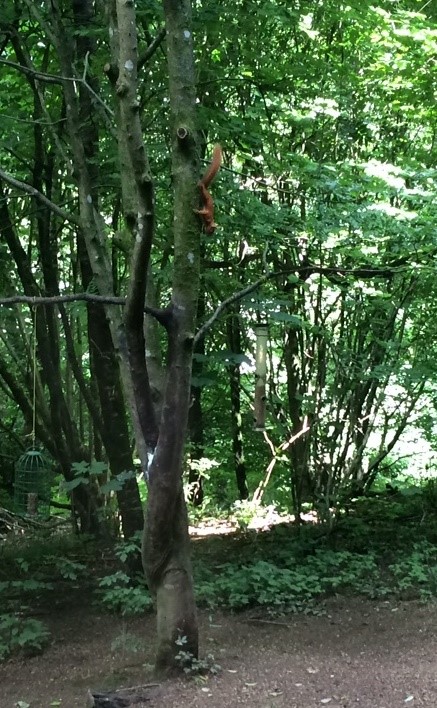 There was great excitement recently when one of the National Park’s volunteers spotted a red squirrel from the bird hide at the Lake District Visitor Centre at Brockhole on Windermere.

For more than three years a concerted effort by the wildlife charity Westmorland Red Squirrels and the Lake District National Park has reduced grey squirrel numbers in the grounds to make space for the reds to return and thrive. Bob Cartwright, Secretary of Westmorland Red Squirrels, explained, “Greys out-compete the reds for territory and food and risk spreading squirrel pox virus, which is lethal to red squirrels. We know that by managing grey numbers through humane control we have seen red squirrels maintain and extend their range across south Cumbria where there was a real fear that the greys would wipe out our native reds.”

Kat Parker, Brockhole Commercial Manager, added, “Brockhole should be ideal for seeing red squirrels in their natural habitat and now we know they’re back, it’s a great place for the public to view these Lake District icons.”

Mike Turner, Director of Treetop Treks, which is based at Brockhole, agrees. “The visitors to our high ropes course and Treetop Nets experience get as close to red squirrel habitat as it’s possible to do without being a squirrel. We’d love it if our customers spot a red as part of their exciting day here in the heart of the Lake District.”