New cycle trail reconnects the heart of the Lake District

Cyclists, horse riders and walkers in the Lake District can now benefit from a safer, smoother way to enjoy the spectacular scenery through the centre of the national park thanks to the creation of a new multi-user route alongside the A591.

The new route was commissioned as part of the recovery plans to help reconnect our communities as quickly as possible following the extensive damage to this vital road during last year’s floods.

Local British Cycling ride leaders saddled up to help mark the opening of the trail today (28 April 16) by riding from Thirlmere in the north and Grasmere in the south to meet at the summit of Dunmail Raise, where the new one-mile long trail snakes through the mountain pass, away from the road.

Reconnecting the area has been our priority. We have been working in partnership with United Utilities to create this new trail using an existing right of way on the west side of the A591, which will help communities and visitors connect with the rest of the Lake District. The new section has been resurfaced using special tarmac, laid in a way that is sympathetic to the landscape, without impacting on the important work that has been taking place to repair the main road.

Richard Leafe, Chief Executive of the Lake District National Park, said: “This new trail is an important step forward for visitors and communities following last year’s floods. Not only will it give more people the opportunity to explore the Lake District in different ways, but it also forms part of our vision to have a fully connected cycleway through the Lakes.”

Caroline Gilbert, British Cycling Recreation Manager, said:
“Travelling by bike, on foot, or by horse through this spectacular part of the Lake District is now a vastly improved experience thanks to the improvements the National Park has made to the route over Dunmail Raise. The new route offers people on bikes the chance to take in some of the UK’s best scenery from the saddle, away from the traffic. The Lake District has something to offer every cyclist, whatever your ability, fitness level, or type of bike you’re on, and so this improved route for everyone is great news for locals and visitors alike.”

United Utilities is currently working on an underpass from Swirls car park, beneath the A591, and out onto the paths and cycleway around Thirlmere reservoir. This will provide pedestrians and cyclists with easy, safe access. Work is expected to be completed in July. 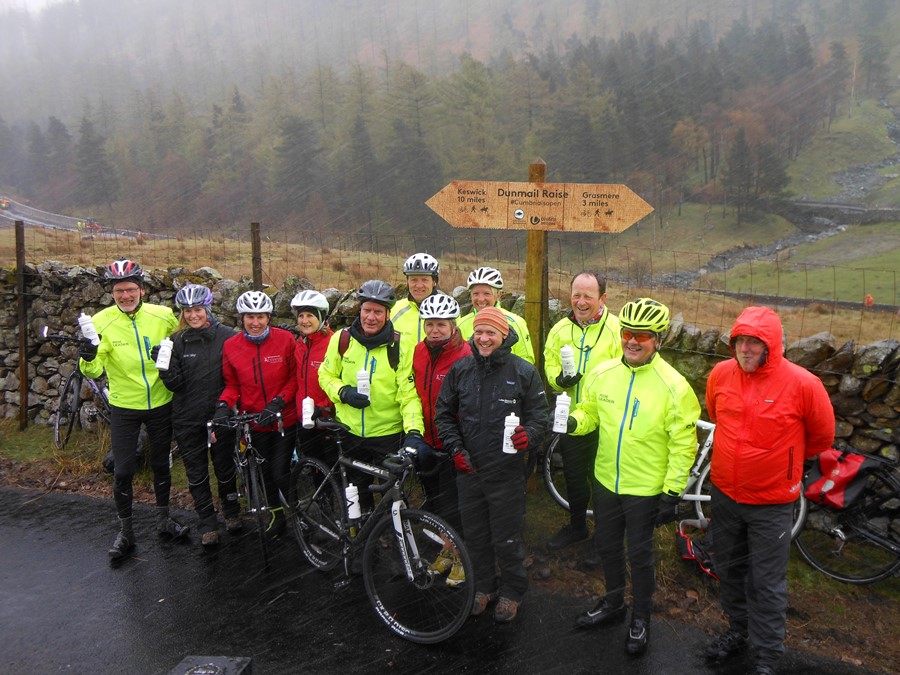 Photo shows: Chief Executive of Lake District National Park, Richard Leafe (foreground) with British Cycling ride leaders who cycled over from Thirlmere and Grasmere to meet at the summit of the new Dunmail Raise multi-user trail on Thursday 28 April.