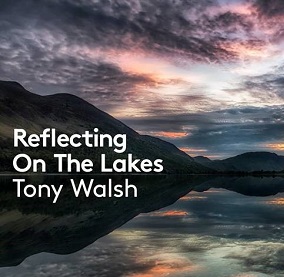 The Lake District National Park Authority and acclaimed northern poet Tony Walsh are set to unveil a specially-commissioned short film, ‘Reflecting On The Lakes’, at a free screening at Zeffirellis cinema, Ambleside, next week (13 Aug). The unique film and poem celebrates what it’s like to live, work and love the National Park and UNESCO World Heritage Site, and will inspire viewers to help protect and care for this truly special place.

The film sets out to shine a light on the real Lake District; celebrating all there is to love about the region, and declares ‘it’s where farming shaped the landscape and where landscape shaped our lives, it’s now honoured by UNESCO with a badge we’ll wear with pride.’

Tony Walsh, Manchester-born writer and performance poet, said: “I’m delighted to be involved in this project to celebrate the English Lake District. It's an area that I've greatly enjoyed visiting through my work as a writer and with my family for many years now. It's a region that stirs the soul and that's something that I've tried to do with my poem and so I'd be thrilled if it becomes even a tiny part of what the Lake District means to people.”

On Monday 13 August, the Lake District’s 67th birthday as a National Park, the unique project will be revealed in celebration of the birthday and to mark one year as a World Heritage Site.

The film will be unveiled for the first time to an audience at Zeffirellis cinema in Ambleside on Monday 13 August at 9:30am. It’s a free screening where the public are invited to attend.

There are limited seats available for the screening so book your ticket now: https://www.eventbrite.co.uk/e/the-premiere-of-reflecting-on-the-lakes-by-tony-walsh-tickets-48594804368

Watch a sneak peek of Reflecting On The Lakes