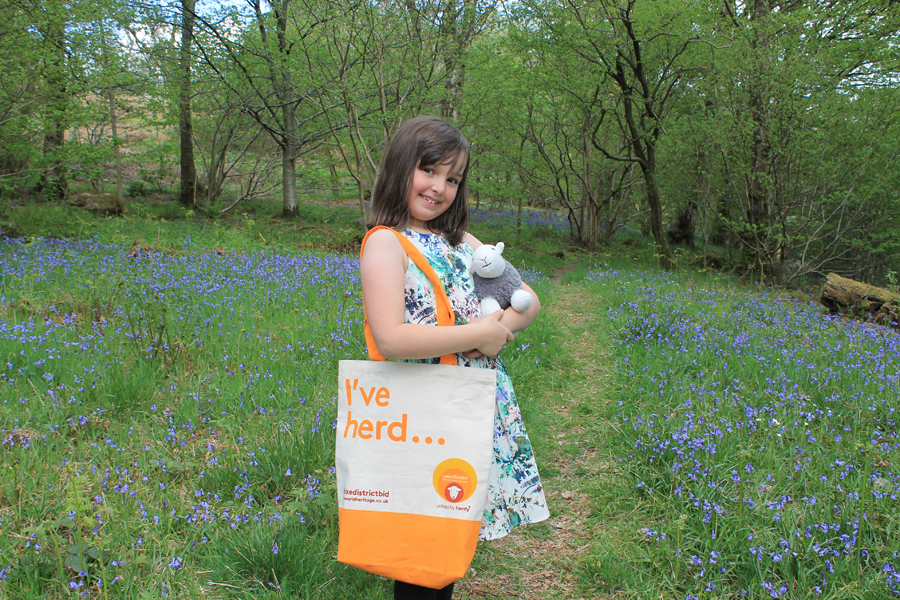 This year’s Keswick Mountain Festival (Friday May 20) will mark the start of a rally call to all who love the region to unite in their support for the Lake District World Heritage bid by declaring ‘I’ve herd’.

‘I’ve herd’ is part of a campaign to raise awareness about the Lake District National Park Partnerships bid for World Heritage status. Thanks to the support from the lead commercial collaboration partner, the Herdy Company, people will be able to spread the word through a range of exclusive ‘I’ve herd’ shopping tote bags, badges and car stickers, which will be given away as prizes at shows and festivals across Cumbria this summer.

Kicking off with Keswick Mountain Festival on 20-22 May, people will be able to roll up and have some fun  with a  new take on the fairground hoopla game, ‘Herdy Hoopla’ to be in with a chance of winning a limited edition 100% natural cotton, bright orange, tote shopping bag. This will be followed by 15 shows, including Ambleside Sports, Kendal Calling, Lakes Alive and Ennerdale Show.

A panel from UNESCO are currently looking at how people are living, working and visiting the unique landscape and culture of the Lake District  in order to gather evidence of its bid as a ‘cultural landscape’ and will be visiting the area in due course as part of the assessment. The World Heritage bid is in the category ‘cultural landscapes’ and demonstrates how the landscape of the Lake District has been shaped by farming and local industry for thousands of years, which in turn inspired the Romantic poets and the birth of a subsequent global conservation movement. Following the visit and further research, a decision will be made in July 2017.

Use #lakedistrictbid in your social media posts and you’ll be added to the World Heritage story on lakesworldheritage.co.uk

So, what are you waiting for - back the bid today