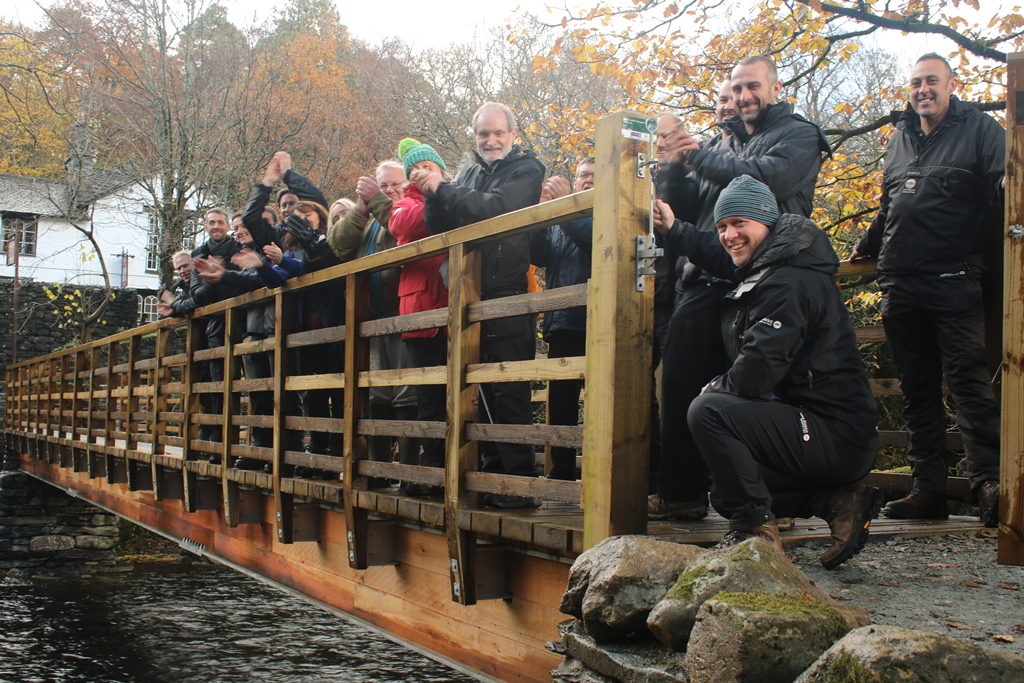 In December 2015, severe flooding left its mark on the Lake District National Park. Of the 3113km of rights of way we look after, 562km were affected, leaving us with a repair bill of £5.8million, and limiting access and enjoyment for those who live, work and visit the National Park.

By October we completed 33 repairs to key sites across the Park, made possible by donations from organisations such as Friends of the Lake District and LDNP reserves. But with limited funds available, this was just the start.

We are delighted to announce on Friday 18 November, a £3million grant will kick-start ‘Routes to Resilience’, our 18-month flood recovery programme.

This cash injection has come from the Rural Payments Agency’s ‘Cumbria Countryside Access Fund’, using funding from the European Rural Development Programme. An additional £500,000 has been allocated to Cumbria County Council and £500,000 to The Canal and Rivers Trust.

“This year we’ve made a start on repairing some of the areas most affected by the floods, but with limited funding from our own resources and donations, it’s been a challenge. This £3m is fantastic news. It will allow us to launch our extensive recovery programme that will not only reconnect flood-damaged public rights of ways, but also make them more robust and resilient for the future.

“We are confident Routes to Resilience will benefit everyone who enjoys the Lake District and also bring a much-needed boost to the local economy. Our park rangers are ready to get started to reconnect the Lake District!”

A team of 11 new rangers have been recruited specially for Routes to Resilience. They will join our existing staff to carry out much needed repairs across the Park for the benefit of visitors, businesses, locals and landowners.

This £3m grant for rights of ways does not include funding for the Keswick to Threlkeld Railway Path as this is a separate project and not a designated right of way. The remaining funding shortfall for rights of way repairs is ongoing and part of a Cumbria wide bid to government. People are invited to make individual donations towards the repair and recovery in the Lake District through the donations page.

Immediately following the floods, we quickly surveyed and prioritised those areas most affected, and found:

More information can be found on our Cumbria Floods page.

Photo above shows, the opening of Dipper Bridge on 18 Nov, Rydal with Richard Leafe and park management rangers who will be carrying out the flood recovery work across the National Park.

Following the floods, Dipper Bridge was severely undercut and at imminent risk of collapse, resulting in a six month closure which affected visitors’ access and impacting on local businesses. We identified Dipper Bridge as one of 33 priority projects and replaced the bridge with an improved structure that is more accessible to users and allows more water to flow beneath.