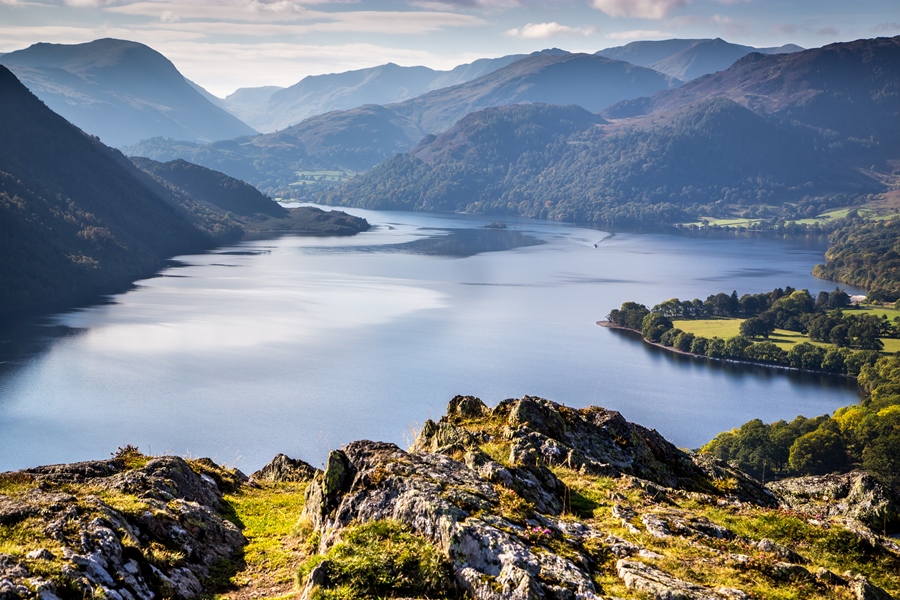 The English Lake District has become the UK’s latest nomination for World Heritage site status following confirmation of the bid being received by UNESCO, the United Nations’ cultural agency.

This is the UK’s only submission for 2017 following the Government’s announcement in 2014 that it would be submitting the Lake District for consideration in the category of ‘cultural landscapes’. Since then, the Lake District National Park Partnership has been working with 25 partners, including the National Trust, Cumbria County Council and Forestry Commission to create a compelling case for international recognition.

The Government’s Department for Culture, Media and Sports (DCMS) and Historic England submitted the four volume nomination to UNESCO for review during the next 12-18 months, including a visit to the Lake District, ahead of a decision being made in summer 2017.

“The Lake District is undoubtedly one of the most beautiful and important landscapes in the UK, so it is only fitting that the area be nominated for World Heritage site status. Not only would this formally recognise its unique identity, but also provide a significant boost to the local tourism industry and encourage even more visitors to visit this vibrant area.”

“This marks a significant milestone for the bid and is an opportunity for all the partners involved to celebrate their contribution. We have submitted a strong bid to UNESCO, showcasing how the landscape is a living example of a cultural landscape. It has been shaped by the people who farm and work in the Lake District over thousands of years, alongside the millions who visit and take inspiration from this special place every year. The next stage is for people to get involved and ‘back the bid’ and help us achieve the global recognition the Lake District deserves in becoming the UK’s largest World Heritage site.”

The bid also demonstrates how the Lake District inspired the Romantic poets and is the birthplace of a global conservation movement, including the early formation of the National Trust. By achieving World Heritage status, people in the Lake District, and Cumbria, would see real benefits. The status would generate a sense of civic pride within Lake District communities and just a one per cent increase in cultural visitors could boost the local economy by about £20m. There would also be an increased recognition of the economic and cultural role that farming plays in the Lake District.

“We are delighted that the proposal for World Heritage site status will now be considered by UNESCO. The historic landscape of fells and valleys, enhanced by stone walled farms, fields and upland grazing is as beautiful and inspirational today as it was to Wordsworth. It is in our view of outstanding universal value to all humanity.”

If successful, this would be Cumbria’s second World Heritage Site, including Hadrian’s Wall in the north of the county. There are 29 World Heritage sites in the UK, four of which are in the category ‘cultural landscape’ including the volcanic archipelago St Kilda in Scotland, and the Blaenavon Industrial Landscape in Wales.

If you want to get involved share your Lake District stories, photos and videos on social media using #lakedistrictbid, or to view the nomination document visit the World Heritage website www.lakesworldheritage.co.uk.

Photo shows: View of Ullswater from Gowbarrow Park – this photo is included in the Lake District’s bid for World Heritage status. The valley is an example of a cultural landscape as it blends an ancient farmed landscape with Picturesque landscape improvement and the National Trust owns and manages a large portion of the valley. Daffodils in the woodlands around Ullswater inspired Wordsworth’s famous poem ‘I wandered lonely as a cloud’. Photograph copyright Andrew Locking.