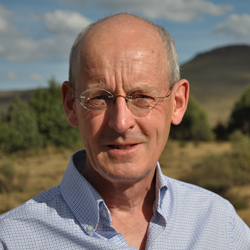 Few places on earth can match the Lake District’s special sense of place according to the business executive who will be helping to run it.

Dr Steve Curl has been appointed by Environment Secretary of State Elizabeth Truss to serve on the Lake District National Park Authority for the next four years.

After a career spanning nearly 25-years in worldwide technology companies based in the UK and Canada, Steve has spent the last decade as chairman of a portfolio of private equity businesses.

Ranging from oil and gas exploration specialists to a manufacturer of underwater robotics, a number of software firms also fall under his remit.

The deputy chairman of University of Cumbria’s governing board and former Kendal magistrate has lived in the South Lakeland village of Underbarrow since 2006.

He says he hopes his business experience will be useful to the authority, adding: “As a member, I want to bring a common sense, no nonsense approach, in these difficult times of reduced government funding.

“It’s imperative the national park is run efficiently, effectively and, where appropriate, commercially, so that the primary objectives of looking after the iconic landscape, wildlife and cultural heritage can be effectively delivered.

“I strongly believe LDNPA and its partners have a key role in supporting a more prosperous local economy and world-class visitor experience. I want to be part of an authority doing its best for residents, businesses and visitors.”

Steve said he was excited by the challenges ahead and hoped his skills could help in finance, management, commercial development and strategic planning. With a love of high places, he ‘doesn’t do favourites’, preferring to enjoy all the rich diversity of the internationally renowned national park.

Find out more about our members.