Bumper funding package to improve access in the Western Lakes 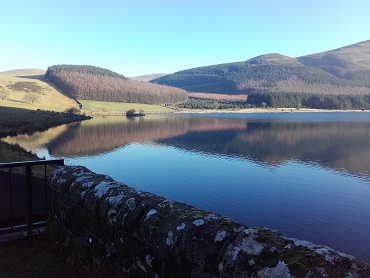 The Lake District National Park has recently secured a bumper £80,000 of funding for two major improvement projects in the Western Lakes.

The windfall will increase the number of easily accessible paths at Eskdale and Lamplugh and enhance existing attractions to encourage more visitors and residents to enjoy this beautiful part of the Lake District.

The first £50,000 of this funding was granted by LEADER European funding for access and infrastructure improvements at the National Park’s Stanley Ghyll property at Eskdale. Work here will include a new and improved bridge and extensive work to restore and enhance existing paths and footways.

A viewing platform over the waterfalls and a walkway gantry will also be constructed, which will give visitors a unique perspective on this enchanting woodland.

Work will start on this late next year and is expected to take several months to complete.

Rec Cathey, Area Ranger with Lake District National Park said: “This is such fantastic news for the area. It makes the Western Lakes much more accessible and ties in nicely with our recently-launched sustainable visitor strategy which is looking at how, in partnership, we can tackle some of the accessibility issues in the area.

“For example, once all the work is complete, visitors will be able to take the West Coast train to Ravenglass, jump on the La’al Ratty (Ravenglass and Eskdale Railway) up the valley and then easily walk into beautiful Stanley Ghyll and really appreciate the area at its best. Good news indeed for locals and potential visitors to the area.”

An additional £30,000 has also been welcomed from a United Utilities Legacy Grant for local improvement works at Lamplugh. The application for this was overseen by Cumbria Community Foundation and a number of local partners were also involved in the process; including Friends of the Lake District.

The popular Cogra Moss route at Lamplugh reservoir is, at the minute, not fully accessible all the way round the water, and this funding will ensure that the walk will become a Miles without Stiles route. This means that visitors with limited mobility, wheelchair users or those with young children in prams will be able to complete the entire 1.5 km walk around the water.

It is hoped that work will start on site here early next year and be completed by the autumn.

Lamplugh resident and National Park volunteer, David Lawrence warmly welcomes this work. He says: “This is a genuine community-led project which has been successful due to the excellent partnership working approach taken by all.

“Thanks must be extended to Friends of the Lake District, United Utilities, the Forestry Commission, Lamplugh Parish Council, Cockermouth Anglers, local residents and various community groups who have supported the application.

“It’s an exciting time for the area and I am pleased that it will become more attractive to live in, visit and explore the West.”

Photo shows Cogra Moss, Lamplugh where work will start in the New Year.