Brockhole visitors invited to hear ‘Voices from the Somme’ 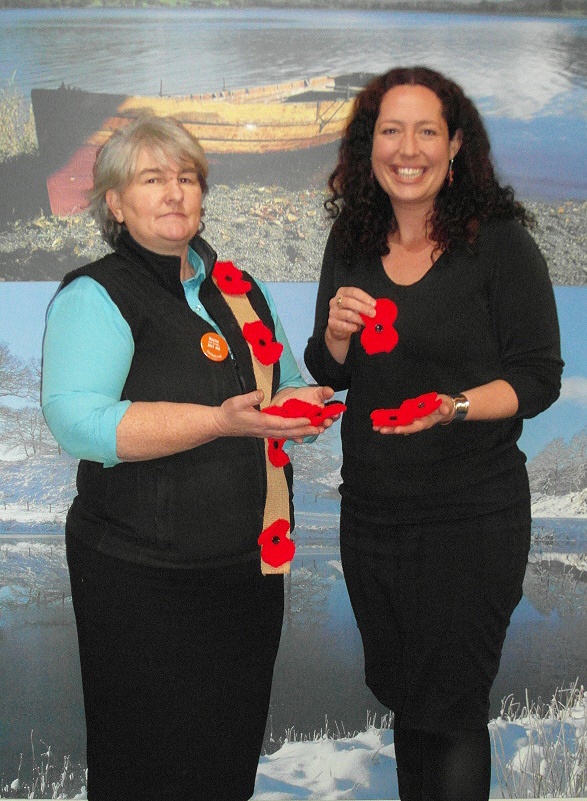 This year marks the centenary of the Battle of the Somme, a World War One campaign associated with horrendous casualty figures which impacted dramatically on communities across the country.

To mark this centennial, Brockhole on Windermere is partnering with Cumbria’s Museum of Military Life to present a new temporary exhibition: Voices from the Somme 1916-2016.

This successful exhibition has been on display at the Military Museum in Carlisle Castle during the summer and now this partnership brings the evocative displays to the central Lakes, allowing people a chance to pay their respects to those who took part in the battle 100 years ago.

The free exhibition will launch on Saturday 26 November with an all-day community workshop led by staff and volunteers from the museum, alongside a range of fascinating activities including ticketed talks, a musical performance, and an archive film.

The workshop will give people a chance to get assistance with researching their WW1 ancestors, handle WW1 objects, share their remembrances, and to learn more about this tragic conflict. It is hoped that people will bring in family photographs, documents and objects for identification that tell the stories of those involved and have these scanned as an archive.

Simon Hobson, Visitor Services Manager at Brockhole on Windermere said: “The Battle of the Somme is one of the defining moments of twentieth century history. It is a great privilege to be working with our friends at Cumbria's Museum of Military Life to tell the story of those Cumbrians who served so selflessly and to help ensure that the sacrifice of local people will never be forgotten.”

Stuart Eastwood, Curator of Cumbria’s Museum of Military Life added: “The Exhibition is really important as it is a human story and reflects the part played in the Battle of the Somme by the soldiers of The Border Regiment, the County Regiment of Cumberland & Westmorland. We are delighted that this partnership with Brockhole supports the community engagement work of the Museum to bring our regiment’s history to a wider audience”.

Prior to the exhibition and workshop, members of the public are invited to make their own personal tribute to those involved on The Somme and all conflicts by knitting a poppy which will be displayed in the exhibition. These can either be made with free materials at Brockhole or sent in with a personal remembrance. More information and a poppy knitting pattern is available at www.brockhole.co.uk

The exhibition and community workshops are generously supported by the Heritage Lottery Fund by a grant to Cumbria’s Museum of Military Life as part of its First World War: Now and Then programme which has allowed the Museum to bring these activities to Brockhole.

The exhibition and workshop is free, but the talks and musical performances are ticketed, see www.brockhole.co.uk/whats-on or call 01539 446601 for details.