The John Muir Award, the main engagement initiative of the John Muir Trust has this week celebrated connecting 10,000 young people with wild places across Cumbria.

Children from St Oswald’s Primary School, Burneside, Kendal, were delighted to be named the group with the 10,000th John Muir Award recipient, and marked their achievements with a special presentation. Since 2011, a partnership between conservation charity the John Muir Trust and the Lake District National Park has helped hundreds of groups from different backgrounds find new ways to enjoy and care for the national park.

As part of their award, provided by Cumbria Outdoors, 16 children aged 10-11 spent a week at Hawse End in September where they explored activities such as mountain climbing and canoeing and then helped look after the landscape they’d been enjoying by clearing bracken. The children then shared their adventures through creative words and pictures with the rest of the school.

Jonathan Humble, class teacher at St Oswald's school said: “During these times in education with increased pressure on children to perform academically, involvement in the John Muir Award is a breath of much needed fresh air. Its focus on practical learning and connection with nature, enjoyment and involvement in the outdoors, followed by worthwhile activities in the dissemination of this information, is exactly what primary age children should be experiencing. Definitely a highlight in our school year.”

10,000 people have each committed four days or more to achieve the John Muir Award in the Lake District National Park since 2011. Around 20 per cent have been achieved by people in a social inclusion context, including under-represented sectors, with health needs or from areas of deprivation. Activities focus on connection, enjoyment and understanding of the outdoors, respect and care for wild places, and promoting active lifestyles and wellbeing.

A special certificate to mark 10,000 John Muir Awards was presented by the Lake District National Park and the John Muir Trust to one of the Awards providers, Cumbria Outdoors.

Chairman of the Lake District National Park, Mike McKinley, said: “The John Muir Award gives young people a hands-on opportunity to discover how to enjoy the landscape, whilst helping to look after it at the same time. I’m delighted to see how popular the award has become and wish the partnership between the Lake District National Park and the John Muir Trust every continued success.” 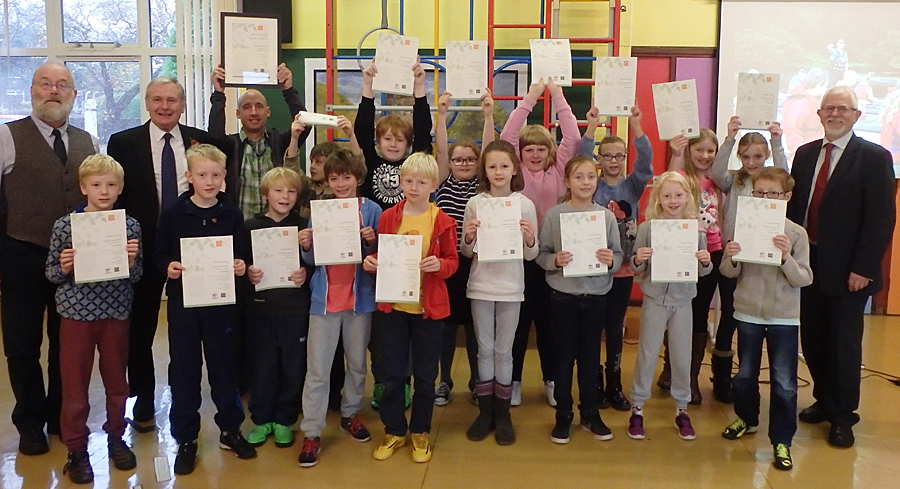