One of the Lake District’s best loved but blighted fell paths has been given a £10,000 boost by a mystery benefactor.

Walla Crag, above Keswick, is used by tens of thousands of walkers, who for years have had to navigate across a notorious 20-metre wide quagmire to get to the 1,000ft summit and a ‘sensational viewpoint’.

Now, thanks to the anonymous local donation, work has been completed. Ancient techniques utilising existing sub-soil up to 10,000-years-old have been used, leaving a natural dry route to the panoramic peak.

Fix the Fells ranger for the Lake District National Park, Richard Fox, said he had been staggered by the generosity of the gift, but not surprised that someone locally wanted to put right a troublesome blot on the landscape. 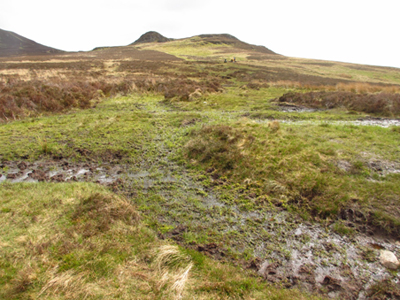 He explained: “The path at this point was 10 times wider than it needed to be, a really horrible area of ever-spreading wet bog which people had to plough through.

“This is a well-loved and much-used route, particularly for those living and staying in Keswick.

“It’s one of the few where you get that wonderful high fell feeling with very little effort, so you don’t have to be particularly fit or agile to reach the top and relish its unfolding sensational views.

“While every Lake District view is the nicest in many respects, this really is one of the best, taking in Catbells, Derwent Water, Buttermere fells and Causey Pike.

“I can imagine that someone who really loves the place wanted to make a real difference to all those who walk here by removing an unsightly and boggy obstacle, leaving Walla Crag to Bleaberry Fell a truly perfect experience.”

Fix the Fells has repaired over 200 fell routes across the Lake District and depends on donations and legacies to continue the work. During this week’s UK National Parks Week (27 July to 2 August), Fix the Fells volunteers will be undertaking work parties at Coniston Old Man, Ullock Pike, Honister and Kirk Fell.

Richard said £10,000 was a massive contribution and there was an enormous debt of gratitude. 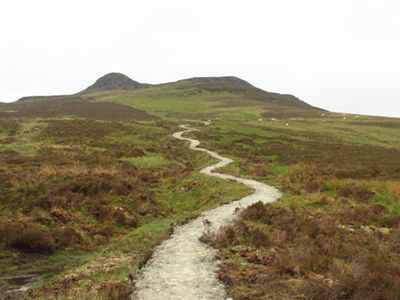 He added: “We have now completed the work thanks to a method thousands of years old which utilises sub soil, in this case boulder clay deposited 10,000-years-ago by retreating glaciers.

“No material was brought in at all, the technique simply rearranged naturally occurring soils so the top one became the well-drained, hard-wearing, boulder clay.

“LDNP and National Trust were responsible for the work which could not have been carried out without the generosity of a local person who paid for fixing 500m of path, at a cost of £20 a metre.

“Fix the Fells is entirely dependent on donations large and small to make a difference to the Lake District’s most vulnerable paths.”

Things to do in the Lake District during National Parks Week

Join in the conversation using #nationalparksweek