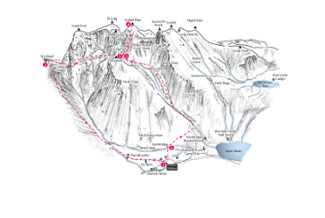 Scafell Pike by the Corridor Route

Scafell Pike is a particularly complex mountain. Its main ridge is a roller coaster of rocky summits and narrow cols buttressed by a multitude of towering crags and deeply indented gills. On all sides, its flanks twist and turn in a seemingly illogical manor extending their influence all the way out to Langdale, Borrowdale, Wasdale and Eskdale. This geography, at first glance seems a little baffling, closer inspection will however excite walkers with a sense of adventure. High, wild and rocky the main crests always throws up a challenge, regardless of whether it’s the middle of summer under blistering blue skies or a short winters’ day with roaring winds and driven snow.

The easiest route to Scafell Pike is the direct line via Brown Tongue from Wasdale. This route whilst popular with people who just want to bag the summit only really scratches the surface of what’s on offer. A better choice is to indulge in a longer approach that explores all the nuances of this great mountain range. Cutting across the western flank of the range from Sty Head and gaining height steadily is an interconnecting high-level shelf called the ‘Corridor Route’. This natural path puts you in a stunning position below Scafell’s mighty summit dome at Lingmell Col where it meets with the Brown Tongue path. From here you can gain the summit and then descend to Wasdale down Brown Tongue Path. By doing this circular route you’ll get to reach roof of England, but also, along the way you’ll witness peerless mountain architecture. 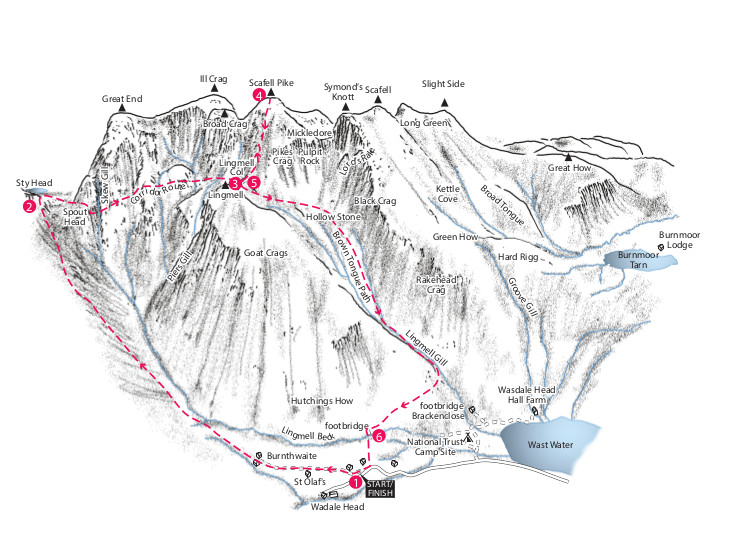 Maps and know how to read them:

Water and food, good footwear and layers. See our walker's checklist for what to wear and what to pack.

Things to know before you go, tips to plan a great trip and help us look after the landscape you love.