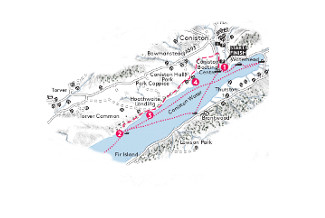 The western shoreline of Coniston Water is a delightful mix of low hills and ancient woods punctuated by dashing becks and a series of peaceful pebble beaches. There are no roads; only tracks and paths, and the few buildings there are blend seamlessly with the landscape. 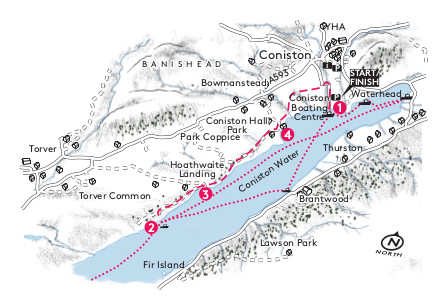