This lovely valley is honeycombed with old copper mines. Begun around 1600, they eventually became the largest and most profitable in northern England. Some of the shafts were 335 metres (1,100 feet) deep. But output steadily declined, and the death blow came when world copper prices fell in the late nineteenth century. Find out more with a visit to Coniston’s Ruskin Museum. The copper mines are free to visit.

Underground tours of the slate mine, which has been mining green slate since the 1700s. Learn about the workings of the mine, the life of the workers and see special effects to bring the past to life. The site also has mine climbing and a via ferrata for adventurous visitors to get hands-on with the rock! 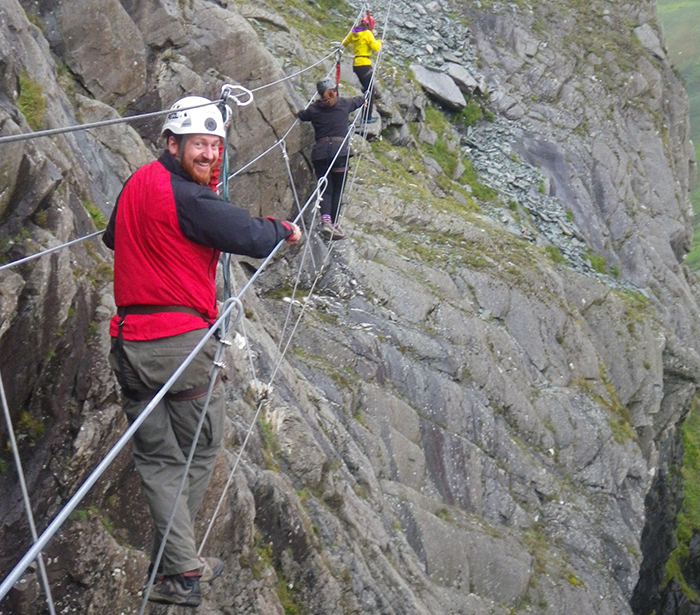 Built in 1835, this mill made wooden bobbins for Lancashire’s spinning and weaving industries. It was powered first by a water-wheel fed from a mill pond, then by steam power and finally by electricity. The original machinery has hardly changed. The mill closed in 1971 but is now run by English Heritage as a working museum, where you can see bobbins being made.

These imposing ruins are the remains of a nineteenth century bobbin mill, built to help meet the huge demand from Lancashire’s textile industry. The mill closed in 1924 and the buildings began to deteriorate. We have recently carried out structural repairs to conserve this important piece of industrial history and make the site safe for visitors. The mill is now managed by the Lake District National Park Authority and is free to visit. 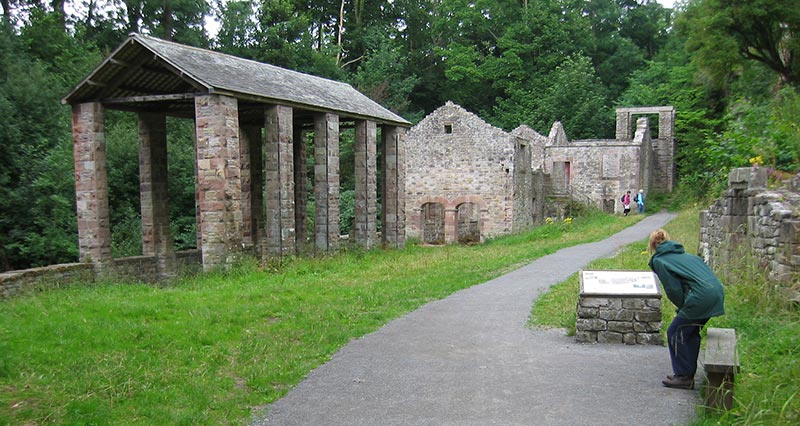 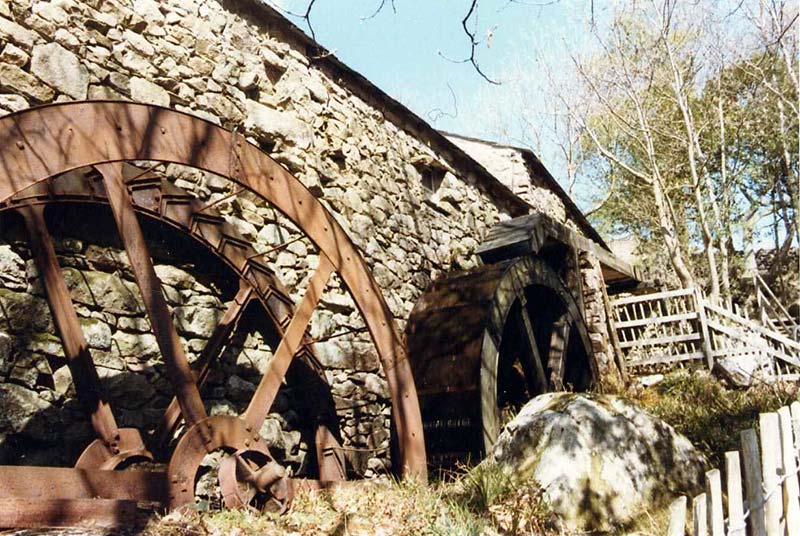 For almost a thousand years, people in this spectacular valley have used water power to grind corn. Eskdale Mill is first mentioned in a document of 1578. In the eighteenth century a second waterwheel was added. Today the wooden machinery is still intact, and it’s the oldest working corn mill in Britain. You can visit Eskdale Mill for a guided tour.

This charcoal-fired iron furnace, built in 1736, is is the oldest surviving site of its kind in northern England. A huge wheel, turned by water from the river, drove the bellows that pumped air into the blast furnace. Recent conservation work has helped save the original buildings, which include the towering furnace stack and storerooms for iron ore and charcoal. Managed by the Lake District National Park Authority and free to visit. 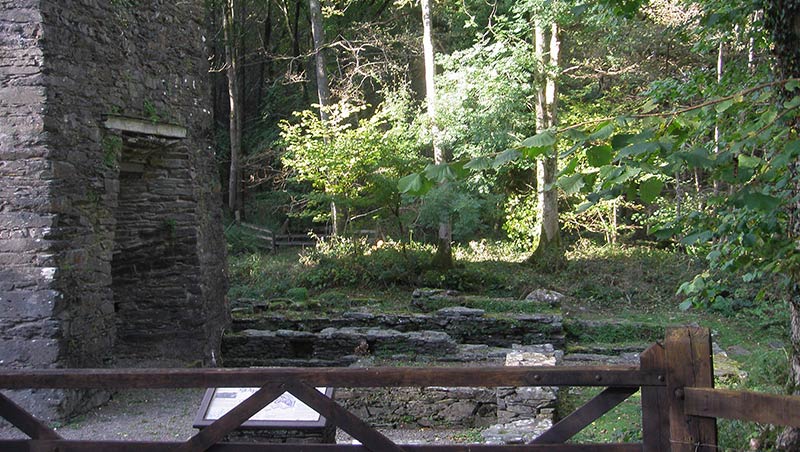 Lead was mined in the dramatic Coledale valley in Elizabethan times, but large-scale mining began in 1839. Zinc and barytes, originally by-products, were later the main focus. Ore was brought down from adits high up the fellside, to be processed in mills on the valley floor. One of these is still largely intact, and shows a century of development. Force Crag was the area’s last working metal mine when it closed in 1991. Managed by the National Trust, you can visit Force Crag mines on certain days through the year.

This small mine was worked for less than 10 years in the 1870s, until the miners broke into a cavity and the shaft was flooded. But unsuccessful mines are often the best preserved. You can see the pit that once housed a massive water-wheel, and the stone pillars that supported the wooden ‘launder’ or chute, which carried water to drive the wheel. The site is managed by the National Trust and is free to visit. Built in the 1930s, this was Britain’s first concrete buttress dam and the highest in the country. Hundreds of unemployed workers from Manchester were hired to build it. They lived with their families, in Burnbanks, a model village with prefabricated houses and state-of-the-art community facilities.

Tanning is the long, messy business of turning animal hides into leather. The main tannery building dates from the mid eighteenth century. You can see the tanning pits and two rebuilt ‘beam stones’ - work surfaces - where tanners scraped the hides. The process needed water, lime and oak bark, which were all available nearby, as well as dog and chicken poo! Rusland produced heavy-duty leather for goods such as boots, straps and harness. Managed by the Lake District National Park Authority, Rusland Tannery is free to visit.

This grassy mound was once a medieval ‘bloomery', a simple charcoal-heated furnace for smelting iron ore. The mound was partly excavated in 1897, but no-one knew how big an area the site covered. The National Trust needed to know this in order to care for it properly, and a geophysical survey provided the answers. Managed by the National Trust.