Miners and the mining community

We think that the 17th century miners would have lived in huts up on the hillsides, near where they worked. We presume that some miners also lived in Coniston village. Parish records seem to confirm this.

The earliest formal housing provided for mine employees was for workers of Anthony Tissington in 1760. Some of the old forge buildings, now called Forge Cottages, at the bottom of the track up to the mines, were converted to accommodation for miners. By the 1830s the mines company owned some leasehold properties at the mines, including a terrace of cottages which came to be known as Irish Row. Around 1834, Lady le Fleming had converted a former carding mill on Boon Beck, below Holywath, into three cottages, and another 7 at Forge Cottages.

Overcrowding in Coniston was a serious issue as the mines became busier. The 1841 census shows that Forge Cottages were home to 134 people, of whom 54 worked at the mine and 71 of whom were under 15. By 1851 the census records 246 people lived in the 20 cottages at The Forge.

The mines company had to rent accommodation wherever it could. In 1844 the mines company built 10 cottages on Cat Bank, now Bank Terrace. Three years later these had toilets built, and in 1853 another 12 cottages were built here.

An 1875 sale account for the copper mine lists 41 freehold houses and 13 leasehold cottages. The company was advertising in the Cornish Telegraph that same year for miners, promising “good cottages with gardens attached”.

The leasehold cottages included Irish Row. In 1841 only four people in Coniston are recorded as Irish. In the 1851 census the majority of the non-native occupants were born in Ireland. There was considerable ill-feeling, and occasionally serious violence, between the Irish and English inhabitants of Coniston in the early 1850s. 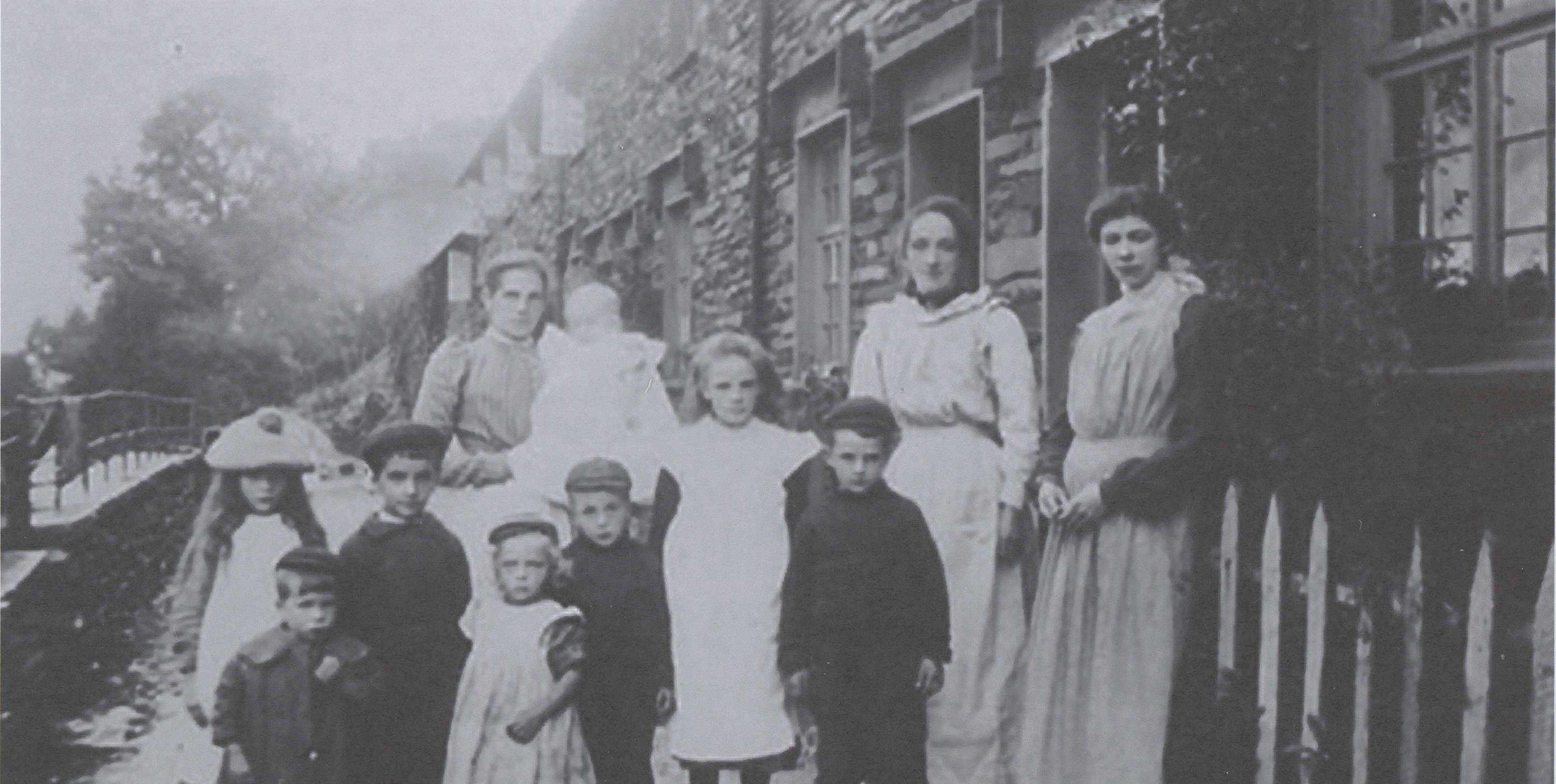 A typical example of a mining family appears in the 1841 census. Thomas Millican was a 50-year-old copper miner, and he lived with his wife and four sons at the Old Office in Coniston. In 1850 when he died most unfortunately, the newspapers reported that he was a much-respected old man about 60 years of age. We know that by the time he died on Weds 21 August 1850, Thomas had worked at Coniston Copper Mines for at least 13 years. This probably means he started his career at Coniston in around 1837, when he was aged 46.

We don’t know where Thomas was born although it may have been in Cumbria. The surname is a variant of the Irish Milligan, and in 19th century England this occurs mostly in the historic county of Cumberland. A Milligan family appears in local church records around 1800, and a John Millican was witness to a marriage in 1836.

In 1841 Thomas lived in the Old Office at Coniston, with his wife Mary, also 50 years old. Four sons - John (25), Thomas (20), Mark (15) and Wesley (12) – lived with them, and all four gave their trade as ‘Copper Miner’. Other than two joiners on this page of the census, everyone was a copper miner. Perhaps the two joiners also worked at the mines. The Millicans had another older son, Joseph, who was not present at the time of the census. The Millicans seem to have had a lodger with them at the Old Office in 1841. This was Martha Fisher, then aged 14. She was still staying with the family in 1851, by then 24. In the census of that year she says she was born on the Isle of Man. Perhaps she was a relative of the Millicans, but by 1851 she was a servant at the Mines Office.

Thomas’ wife Mary was born at Garrigill, Cumbria, and in 1851, soon after Thomas’ death, the family had moved to Far End, Coniston. Joseph Millican had married since 1841, and he lived with his wife Elizabeth and their young family at Silver Bank, Coniston. Elizabeth was the daughter of a local gardener, and by trade a servant.

In 1842 the copper mine manager John Barratt bought a small cottage (Holywath) and (small estate) and developed it into a gentleman’s residence. Until 1830 he had travelled to Coniston from Grassington, Yorkshire, as mine manager for John Taylor. By 1834 he was a named partner in the mines lease and over the next 30 years transformed copper mining at Coniston. He was known as the Mines Captain, and he calls himself a Mines Adventurer in the 1851 census.

We know a good deal about John Barratt because many of his letters survive. He was also interviewed by the Mines Inspector in 1842. His evidence suggests an exemplary operation free from violence and abuses that the Inspector commonly found elsewhere in Britain. The mines company distributed winter clothing to its workers, and during the severe winter of 1865 Barratt paid for a quarter of a ton coal ‘for each poor person’. He died in his native Devon, at 9 Abbey Crescent, Torquay in 1866 aged 72.

His cousin William Barratt, manager of the Hodbarrow mines, bought a small cottage named Holly How and developed that with the profits he made from mining in Cumbria. He later became a JP, and a window in Coniston Church was dedicated to William and his wife by their children in 1893. 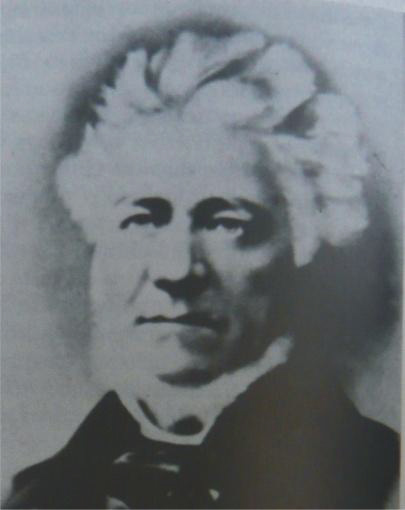 Charles Roe (1715–1781) was a silk merchant and built mills in the town of Macclesfield, becoming mayor there in 1747–8. Over the years he had moved from silk into copper. In 1756 Roe began mining at Coniston and Alderley Edge, near Macclesfield, as Charles Roe and Company.

Between 1756 and 1762, around the onset of the Industrial Revolution, there was fierce competition between Roe and an outfit belonging to Anthony Tissington of Derbyshire. Each took out leases with the Fleming and Muncaster estates. Roe’s initial lease was for 21 years at the eastern end at Bonsor, in partnership with his brother-in-law, Rowland Atkinson of Chester. Around the same time Tissington was leasing the western section at Paddy’s End from Fleming, and Langdale and Tilberthwaite from Pennington. By 1760 this lease was to be forfeit, there were no miners at Tilberthwaite or Langdale copper mines, and Tissington had disappeared. In July 1762 Pennington’s steward wrote that Mr Tissington took the Langdales mines purely to stop them being worked by anyone else. Roe and Atkinson took over Anthony Tissington’s leases and gained control of the majority of copper mining rights in Coniston.

Roe had built a copper smelter on Macclesfield Common in 1758. As well as from Coniston, copper ores were bought from Staffordshire, Penrhyn-Du in North Wales, Parys Mountain on Anglesey, and from Cornwall. He built a second copper smelter on Merseyside in 1767. In 1774 he formed the Macclesfield Copper Company and in 1778 renewed the lease at Coniston for a further 26 years.

Roe died in 1781, when his eldest son William took over. The firm continued at Coniston until 1795, when it was abandoned as unproductive. The Macclesfield Copper Company became one of the three greatest brass trades of the late 18th century. Roe Street in Macclesfield is named after him.

Daniel was the younger son of Daniel Hochstetter Senior, the first manager of the Keswick mines. On their father’s death in 1581 Daniel and his brother Emmanuel took over the lease and management of the Keswick mines, and subsequently Coniston too. Hochstetter was born in the Ausburg region of Bavaria in modern Germany. He had arrived in England as a child, when his father settled in Keswick in 1571. As well as being members of the Society of Mines Royal they were also the lessees of the Mines.

By 1600 there is good historic evidence for the other German miners too. They came from the Schwaz and Innsbruck districts of the German Tyrol, settling in Coniston. Surnames like Clocker, Moyer and Puchberger start to appear in the parish records. These men were responsible for mining part of both the Bonsor and Paddy End Veins. Several of the German works at the ‘Back Strings’ are described in a letter of the 16th century. Each working area is named after the miner responsible for supervising the work. Many of these had German surnames, including Hanch Clocker’s Work, Richard Tower’s Work, George Tower’s and William Dixon’s Work, Bartle Clocker’s Work, John Sackloc’s Work and Hanch Mire’s Work. All of these are described as lying together ‘about 10 or 12 fathom, the Seam of Ore about 16 inches thick, the Stone very soft, and the Ore very rich, and much of the said Ore green, and was much prized by the Head Masters at Keswick’. This collection of works is still prominent in the landscape, illustrating both the scale and extent of these Elizabethan mines.