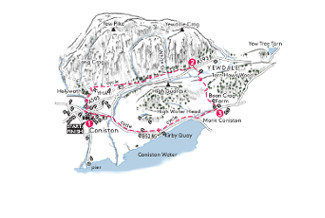 Coniston has an extensive network of old bridleways and newly created cycle paths. Originally the bridleways connected farms and outlying hamlets, and also provided routes for packhorses conveying goods. They extend along the valley floor into the woods of Yewdale, and also through the low fells to the slate quarries in Tilberthwaite. These routes are ideal for exploration on mountain bikes, and make good first outings for beginners as they are mostly on easy angled gravel tracks. By using the cycle track through Yewdale and then the old bridleway past Boon Crag Farm its possible to ride a short loop that takes in a delightful mixture of fell and lakeside scenery. The loop has a couple of road crossing and short sections of village lanes, but other than these it is mostly off road and suitable for families. 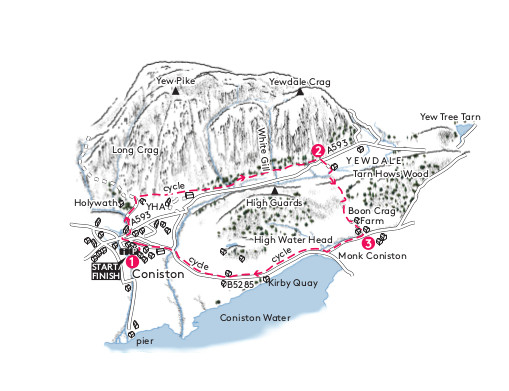