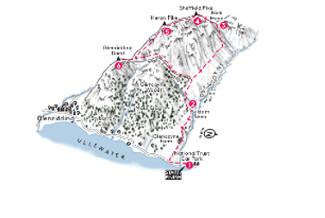 Tucked away from view by steep slopes and a protective circle of craggy peaks Glencoyne is a rather secretive spot. Being hidden like this gives the dale a particularly tranquil atmosphere, which can be enjoyed at its best by exploring on foot. Sat in the middle of Glencoyne is a traditional hill farm and extending across the dale is a site of special scientific interest – designated for its rare mosses, fungi and plants. This circular walk heads up the dale then returns by traversing the fine summits of Sheffield Pike, Heron Pike and Glenridding Dodd. As well as all the flora and faun you’ll pass on this walk, you’ll also notice mining remains and associated cottages, these date back to a busy period of lead and silver extraction in the dale. 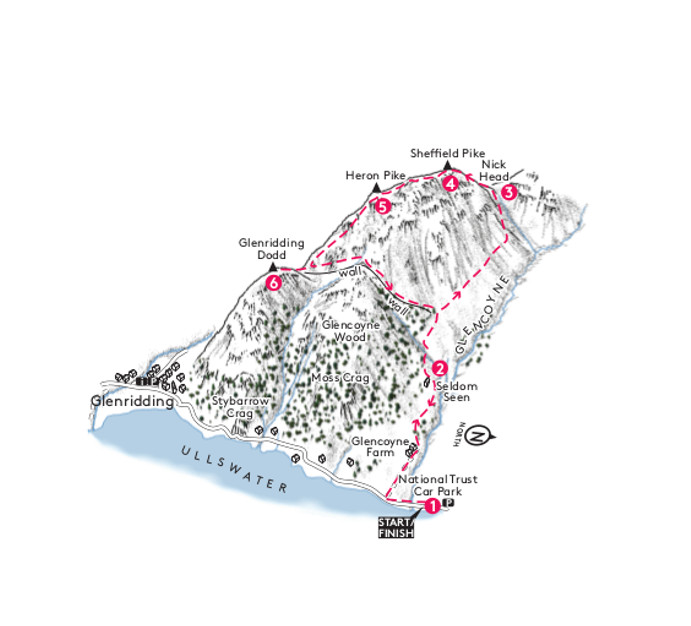