Just after the war, 100 years ago, 14 Lake District summits including Great Gable and Scafell Pike were gifted to the National Trust to look after on behalf of the nation.

This weekend it’s apt that the National Trust share how these gifts of freedom, described at the time as ‘the world’s greatest war memorials’ have played a special role in the year of remembrance.

In spring, the National Trust and the Lake District National Park rangers camped out on the top of Scafell Pike, England’s highest mountain and highest war memorial, to fix the crumbling cairn at the summit.

Over summer, singers from local communities joined together to perform a series of songs on top of nine memorial summits. The choir they formed is named ‘The Fellowship of Hill, and Wind, and Sunshine’ – a line taken from a speech made by poet and mountaineer Geoffrey Winthrop Young, at an early remembrance ceremony on Great Gable in 1924.

Lake District National Park volunteers helped lead these special walks and Anne Clarke and Elizabeth Woodcock attended Scafell Pike. Anne said “It was an exhilarating and moving day and one we will always remember and be inspired by.”

Elizabeth continued: “It was an incredible, moving and memorable day full of heart, courage, goodness and people working together in a common purpose. We were delighted to be involved.”

And on a rainy day in the autumn, families came together at a singing picnic; a chance for everyone to remember those who lost their lives in battle.

Jessie Binns, National Trust visitor experience officer in the Lake District, explains, “The mountains were given as memorials for everyone to enjoy, and we’re really proud to have cared for them ever since.

“They are for everyone– places where you can feel a grounding connection with the natural world, even if everything around you is feeling uncertain and unstable.”

Our year of commemorations in the Lakes will draw to a close in November. Rangers will hold their own personal moments of remembrance on Scafell Pike on Armistice Day, the one-minute silence will be observed at National Trust places in the Lakes where possible, and there’ll be a celebration of freedom at Kendal Mountain Festival on 18th November.

The Kendal Mountain Festival event will include contributions from Sir Chris Bonnington, the Fell and Rock Climbing Club, the great-nephew of Geoffrey Winthrop Young, the Fellowship Choir and our team of rangers and volunteers who restored the huge Scafell Pike summit cairn.

For those who’d like to get involved in the National Trust's year of remembrance, tickets are still available for ‘The Great Gift of Freedom with Sir Chris Bonington’ at Kendal Mountain Festival here. 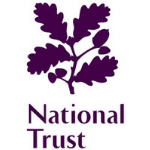 We look after special places throughout England, Wales and Northern Ireland for ever, for everyone.