A number of free geo-walks will be taking place in the Lake District and Cumbria from the 4 – 12 May for National GeoWeek.

GeoWeek 2019 is a nationwide initiative to introduce people to parts of their local landscape, shaped over millions of years by geological processes.

A land of fire and ash

The story of the Lake District begins almost 500 million years ago when fiery volcanoes deposited thick layers of lava and ash.  This was followed by continental collision and the formation of a mountain range that was once as high as the Himalayas.  Since then the actions of water and ice have progressively eroded and shaped the landscape, revealing once again the rock that gave rise to its birth so long ago.

Since ancient times mankind has left its mark on this awe inspiring landscape, from the drystone walls that criss cross the valleys to quarries and mines that extracted slate and ores to fuel the industrial age.

Even in Neolithic times axe heads and spears were formed from the local stone.  This is an evolving landscape whose beginnings is as amazing as the spectacular scenery that draws visitors from all over the world.

So come and join us to discover the hidden secrets of Cumbria’s dramatic landscapes and be a detective of earth's history, identifying evidence of former climates stored in the rocks minerals and fossils of Cumbria.

Events include special rock and mineral exhibitions at Kendal Museum and Tullie House Museum in Carlisle, and a series of guided geo-walks in the Lake District.

In the fells, local geologists will be leading walks near Blencathra, in the Borrowdale Valley and in Coniston’s Coppermines Valley.  It’s a chance to get up close to rock and minerals, learn the story of their formation and explore the impact of the last ice age on the landscape we see today.

Another planned walk will be around Kendal town centre where you can discover the secrets of the building stone and identify wildlife from 300 million years ago.

Full details of all the events organised can be found on the websites of Cumbria GeoConservation and GeoWeek. 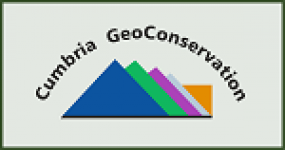 Cumbria GeoConservation Group is a voluntary geological conservation group working to record and look after important geological sites. Membership comprises not only earth scientists and members of wildlife bodies, but also volunteers with other skills such as project management and data handling. New members are always welcome.