History is made on Coniston Water

It’s not every day a world record is broken in the Lake District.

But, on a misty Wednesday in May on Coniston Water, that’s exactly what happened when the Jaguar Vector V20E broke the 10 year old World Outright Electric record.

The hi-tech boat topped the previous world record by a whopping 11mph when it averaged staggering speeds of just over 88mph.

We were involved with this exciting project at various stages and it just goes to shows that with proactive partnership working and forward planning anything can be achieved.

The V20E was designed and built by Jaguar Vector, in partnership with motorsport firm Williams Advanced Engineering, and uses similar technology to what is used in electric Formula One cars.

The Jaguar Vector team are quite rightly delighted with the outcome.

Malcolm Crease, CEO, Jaguar Vector Racing said: “After 12 months of hard work, this is a fantastic result for the team and our partners and a great first step in bringing the power and versatility of electrification to the marine industry. It is a great honour for the Vector team to follow in the footsteps of Donald Campbell and to set a world record on the historic Coniston Water.”

The team credits the support and guidance offered by us as being key to the planning and execution of this momentous occasion.

“We contacted the Lake District National Park Authority, who were able to explain the process to obtain permission to temporarily alter the bye-laws to allow us to exceed the usual 10 mph speed limit for our record attempt.

“Their help really was instrumental in guiding us through process. Once the consultation process was complete, and with the Authority’s recommendation, the Board agreed to grant us a dispensation to make the attempt … and the rest as they say is history.

“We also greatly appreciate that we were able to use the Coniston Boating Centre facilities and that the team there were happy to accommodate our requirements of early starts and very long days.

“Without everyone’s commitment and support we would not have been able to smash the existing outright World electric speed record at Coniston Water and we would like to take this opportunity to extend our thanks to everyone involved.” 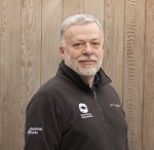